PETALING JAYA: Timely and transparent execution is the key challenge to the success of the National Fiberisation and Connectivity Plan (NFCP).

The NFCP was launched yesterday with the aim of expanding Internet reach to all populated areas in the country.

“Would the government and industry regulator be able to ensure that the tender process and the dishing out of contracts for the infrastructure rollout is done in a transparent manner so that only the deserving players get the contracts?

“In the past, political patronage had been a factor in awarding contracts despite the tender exercise, ’’ noted industry executives.

They added that “the government must make sure that the Universal Service Provision (USP) money allocated for rollout is not wasted by giving to operators that do not have operational or financial capability to complete projects.

“Such a move can possibly lead to projects being abandoned and needing to be rescued by other players. We have seen this happening in the past, ’’ said an industry executive.

The NFCP is a five-year plan running from 2019 to 2023. With it, about 4.14 million premises across the country will have fast-speed broadband access, and 98% of populated areas will eventually be connected with at least 30Mbps.

For that, the government needs RM21.6bil, but it has decided to tap about RM10bil to RM11bil of the USP money to fund part of the deployment. The rest will be forked out by the players.

Communications and Multimedia Minister Gobind Singh Deo has said that the execution would be done in a transparent manner.

“Finally, there is a more focused plan with emphasis on both fixed and mobile deployment. As for telecoms players’ spending, it is by and large what the industry spends every year.

“The good thing is that players can finally use the USP fund for infrastructure rollout, which is what it was initially intended for, ’’ said an industry executive.

The existing telecoms players currently spend anything from RM700mil to RM1.1bil yearly on network upgrades and expansion.

The concept of sharing passive infrastructure including poles and fibre optics will help reduce redundancies and save cost for the players, but will put pressure on the incumbents too.

The emergence of Tenaga Nasional Bhd

(TNB) in the telecoms scene by being a wholesale fibre optic player is seen as complementing the growth of the industry, as it offers a wide network of over 12,000km of fibre optic across the country that could be used for fibre access deployment.

Share prices in telecommunications stocks closed mixed yesterday after the launch of the NFCP amid other external factors affecting the stocks.

saw its shares falling 14 sen to RM3.52 a share amid other factors. Axiata Group Bhd

, which controls Celcom Axiata Bhd that has begun rolling out fibre optics in Sabah and Sarawak, saw its share price unchanged at RM4.30.

was down marginally by two sen to RM4.76 per share. The shares of Maxis Bhd 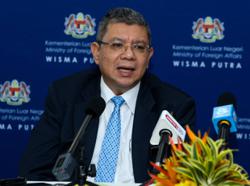 West Indies to temporarily halve salaries of staff and players 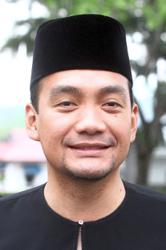