Corporate liability laws in other countries 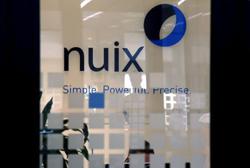 The government has laid out an ambitious plan to tackle corruption which includes important reforms of the public procurement system.

CORPORATE corruption is found in almost all countries.

However, due to a variety of circumstances, the problem tends to be more acute in certain countries than others.

With the Corporate Liability Provisions coming into effect on June 1, 2020, under the new Section 17A Malaysian Anti-Corruption Commission (Amendment) Act 2018, Malaysia is now seen as taking a major step in addressing the problem corruption among corporations that incur huge economic costs to the country.

The impending Corporate Liability Provisions in Malaysia are quite similar to the UK Bribery Act 2010 and US Foreign Corrupt Practices Act (FCPA) 1977.

The United Kingdom and the United States have had laws holding commercial organisations liable for their employees and/or associates’ corrupt practices carried out for the company’s benefit or advantage for some years now.

Other countries that have laws on corporate liability, aimed at criminalising commercial organisations if their employees or associates had committed acts of bribery, include Hong Kong, Australia and Singapore.

Penalties imposed by these countries upon conviction include heavy fines and imprisonment.

While the existence of laws on corporate liability and stiff penalties may not entirely wipe out corrupt practices among corporations, they are helpful and effective measures to help deter and minimise corruption among commercial organisations, and bring the guilty to book.

In the UK, for instance, aerospace and defence major Rolls-Royce was once caught in one of the biggest corruption cases in British corporate history.

After a five-year investigation, Rolls-Royce reached a settlement that involved penalties of about £500mil (RM2.6bil) in January 2017, and the company admitted it had systematically used intermediaries to pay bribes to foreign politicians and officials to secure export contracts.

Retailer Tesco, on the other hand, was investigated for accounting fraud in October 2014 after the company admitted it had overstated profits by £263mil because it had incorrectly booked payments from suppliers. Three former senior directors of the company were subsequently charged with offences of fraud and false accounting.

Nevertheless, in the UK, the Law Commission has since 2010 been calling the UK corporate liability laws “inappropriate and ineffective”. Amid mounting calls for reform of the country’s corporate liability, the UK government is expected to look into changes that could include a new corporate offence of failing to prevent economic crime.

According to Transparency International UK, the UK generally lags behind the US in bringing action against corporations in the field of white-collar crime. This is in large part due to the much stronger corporate liability laws, as well as more aggressive enforcement of the regulation, in the world’s largest economy.

But the US also has its fair share of corporate scandals. Take the scandal of energy giant Enron, which surfaced in October 2001, after being involved in corporate corruption and accounting fraud.

Singapore had also been hit by scandals before such as the one involving China Aviation Oil (CAO), which posted derivative losses of US$550mil (RM2.3bil) in 2004. The debacle involving the Singapore-listed jet fuel supplier was the city-state’s most serious financial scandal since the collapse of Barings Bank, which lost US$1.3bil, in 1995.

The chief of CAO was subsequently sentenced to four years and three months in prison.

In general, countries that have taken pro-active measures to counter corruption – be it for the public and private sector – tend to score well in the Corruption Perceptions Index (CPI).

Singapore, for instance, ranked third in CPI 2018 out of 180 countries, with a score of 85 points, up from the sixth spot and 84 points in the preceding year.

The UK was tied with Germany on the 11th spot, with a score 80 points. This was a slight deterioration from its 8th spot in the preceding year, with 82 points. 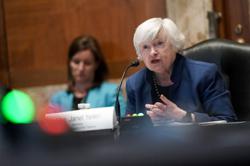