Steering clear of corruption to success

PETALING JAYA: It is no secret that Top Glove Corp Bhd

The world’s largest glove manufacturer now has bigger dreams, hoping to achieve it faster, especially with its strong anti-corruption and integrity practices in place.

Managing director Datuk Lee Kim Meow said the zero tolerance policy has always been something the company held on to dearly throughout its 28 years of existence in the corporate world.

Top Glove once walked away from a deal with a European customer in 1999, in what would have been a third of the company’s total business then.

The client wanted Top Glove to pack fewer gloves in its dispenser box in order to get a discount.

“We felt that it was like cheating our customers. It was unethical and this was not the right way to compete.

“The client came back to us two years later and never brought up the request again,” said Lee, adding that the company had also terminated a director in 1998 for bribing a security guard to punch another person on his behalf.

As Top Glove went on to be listed in 2001, syndicates have attempted to lure Top Glove into unethical practices, such as offering them a guaranteed approval for listing and offering to make easy money by working their “magic” with the share prices.

“We never wanted to have anything to do with that. Transparency features prominently in our operations and we really value it.

“It’s important to have a strong foundation of good values, governance and integrity. We want a level playing field and to be a good corporate citizen,” Lee said in his speech during Star Media Group Bhd

Top Glove also began the practice of wearing its anti-corruption badges in 2006, which Lee believes is an effective tool. “When we sit down with the suppliers or clients, they will be staring at our badges and they will not even open their mouths (to suggest anything unethical),” he said.

The Institute of Internal Auditors Malaysia (IIAM) audit committee chairman Lee Min On stressed on the importance of developing lines of defence in the event of a prosecution, in light of the introduction of Section 17A of the Malaysian Anti-Corruption Commission (MACC) Act that will come into force in June next year.

“The most important thing is, the rules and regulations as of today are definitely adequate.

“How would regulators send a strong message to the business fraternity that the regulators are serious about corporate liability?

“Would it be like what happened to Skansen Interiors Ltd in the UK where they’re going to make a public spectacle of one company to send a strong message to the business fraternity that corruption does not pay?” he said, adding that this would send a very strong signal to companies in Malaysia that business is no longer as usual and that they should steer clear of corruption.

Section 17A states that a commercial organisation could be prosecuted if a person associated with it commits a corrupt act to enable the organisation to acquire or retain a contract or interest.

Malaysian Institute of Corporate Governance (MICG) deputy president David Berry said companies of all sizes now had no choice and had to learn how to alter their corporate behaviour to accommodate the requirements of the MACC Act, especially Section 17A.

He said it is nothing to be afraid of and this does not mean that smaller and medium-sized companies had to introduce procedures such as giants like Top Glove and Petroliam Nasional Bhd (Petronas). “They need to reflect on the fact that adequate procedures are adequate according to the circumstances,” Berry said.

Meanwhile, Trident Integrity Solutions Sdn Bhd CEO Dr Mark Lovatt said other than Section 17A, there needs to be a more comprehensive programme to tackle both inbound and outbound corruption.

The Corporate Liability on Corruption: “Is Your Organisation Ready to Safeguard its Directors, Top Management and Personnel Against a Corruption Prosecution?” seminar is organised by Star Media Group.

MICG is the partner of the seminar while Top Glove is the sponsor. 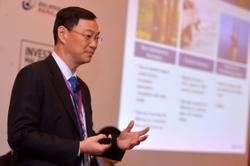