The proposed rules are the most significant for the securities market since the bourse introduced circuit breakers for the trading session five years ago, officials from SGX Regulation (SGX RegCo) told a news conference yesterday.

“It’s a trade-off between effectiveness and price discovery essentially and we are always trying to balance between these two principles,” said SGX RegCo chief executive Tan Boon Gin.

Shares in Jardine Matheson, among the most valued Singapore-listed stocks, crashed 83% minutes after trading began on Jan 24, wiping nearly US$41bil off its market value, before rebounding.

Some brokers involved in the transaction had requested SGX to amend or cancel these trades but SGX had said trading was orderly and it found no basis to cancel the transactions after a review.

“The circuit breakers are not available for auctions, so whatever we are proposing today is for auctions. Whatever happened in Jardine Matheson took place during the opening auction,” Tan said.

SGX RegCo officials said some price caps are already used by exchanges in Asia and the United States in daily auctions.

SGX RegCo is seeking an extension of the auction process and also considering a hybrid model, where time extensions will apply for the opening and mid-day auctions while a price cap will be applied on the closing auction.

Public consultation for the proposals ends on Aug 15 and they could come into effect next year, officials said. — Reuters 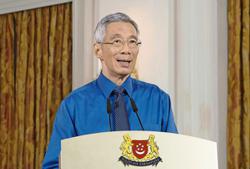