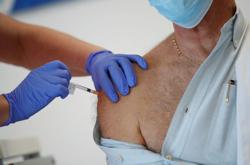 IHH owns 60% of Turkey-based healthcare group Acibadem Holdings, which contributes about a third of its revenue.

PETALING JAYA: Growth prospects for the healthcare sector is seen to be positive over the long term due to an ageing population, rising affluence and an increasing life expectancy. The local private healthcare sector has an added catalyst of medical tourism backed by highly competitive charges and hospitalisation costs, a generally English-speaking population and various government incentives, according to AmInvestment Research.

with a “buy” call and fair value of RM1.14, due to its vast network of hospitals in Malaysia and potential growth from overseas expansion.

It has a “hold” call on IHH Healthcare Bhd

with a fair value of RM5.58 for its position in the premium segment of the private healthcare sector although it is cautious of risks from its Turkish operations.

On the downside, local private operators may be negatively impacted by the weakening ringgit versus the US dollar although a cheaper local currency may also boost the country’s medical tourism volume.

“We believe both groups enjoyed a better case mix while IHH benefited from a higher occupancy rate and increased ASP in Turkey,” said the research house.

KPJ’s EBITDA margin improved 3.7 ppts y-o-y to 16.7% in 1Q2019 on the back of cost optimisation initiatives while IHH’s EBITDA margin rose 1.0 ppt y-o-y to 22.3% with better operational performance across its segments.

“Although we expect continued improvement in cost optimization and operational performances, we think this will be offset by higher gestation costs from new hospitals and lower contribution by IHH’s Fortis (EBITDA margin 10.8% in 1QFY19),” said the research firm.

Meanwhile, IHH’s Acibadem Holdings repaid US$250mil out of the outstanding US$670mil non-Turkish lira debt to deleverage its balance sheet and plans to reduce another US$360mil equivalent of non-lira debt.

“Hence, we can expect its interest expense to improve in 2H2019,” it said. 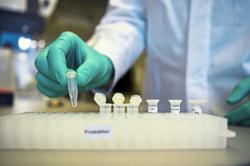