rose 5.5% this morning, after the group said it planned to dispose of two of its sand carrier vessels for RM15.8mil.


The marine construction services group gained 5.56%, or one sen to 19 sen with 1.78 million shares traded.


Benalec said it planned to dispose of two of its sand carrier vessels for US$3.82mil (RM15.82mil) to improve its cash flow amid the softening of the domestic and regional


The assets were purchased by Ocean Pacific in January 2015 and February 2016, respectively.


It said proceeds from the disposal would be utilised for the group’s working capital and the timeframe of the full utilisation was expected to be within twelve months. 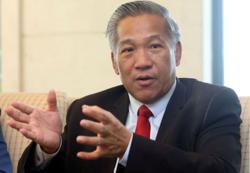