Carolyn: It is a sad fact that most of us will not be able to control or avoid

AS much as the topic of mental health is avoided, “mental incapacity” is not even acknowledged enough.

Mental incapacity is defined as “an inability through significant cognitive impairment to carry on the everyday affairs of life or to care for one’s person or property with reasonable discretion.”

The fact is dementia and its different permutations are now listed as seventh of the Top 10 Deadliest Diseases in the world.

Dementia is one of the most serious health and social crises of the century.

According to an Alzheimer’s Disease International report, nearly 71 million people will be living with dementia in the Asia-Pacific region alone by 2050.

In Malaysia, over 123,000 people suffer from dementia costing approximately RM735mil in healthcare per year. This is an emergency right at the doorstep of a growing but aging Malaysian populace.

Dementia is a term used to describe severe changes in the brain which affects predominantly language skills/ability to speak, memory and decision-making. Sometimes it takes famous people to give a face to this medical problem.

Alzheimer’s disease was suffered by President Ronald Reagan six years after the end of his presidency. Lewy Body Dementia was the reason behind Robin Williams’ suicide in 2014.

Parkinson’s disease (“PD”) did not spare great athletes like Muhammad Ali who succumbed to it in 2016 and is currently championed by Michael J. Fox being a living example of how one copes with PD.

Physical disability is now widely recognised and pro-active steps are taken to alleviate issues for those who suffer from it e.g. wheelchair access, car parking considerations and suitable public toilets.

But what of mental incapacity? This question is posed not only to the medical and legal professionals but also to the public at large. The infant step would be to acknowledge that we have a problem and we do not have a solution as yet. Robin Williams of the hit sitcom “Mork & Mindy” battled with dementia and his inevitable failure to overcome it culminated in “Mork” taking his own life. Suicide is tragic in any case but for a comedian who “forgot how to be funny” it is downright tragic.

For lawyers, in this globally ageing demographic, a client’s capacity, vulnerability and susceptibility to undue influence must become routine considerations when drafting wills, trusts and thereafter in all estate dealings. What is more depressing is if one is not mindful that preparatory paperwork should be carefully deliberated and finalised before incapacity sets in and this would be in forms of wills and living wills coupled with lasting powers of attorney.

Many a time a sick person will execute his will at the hospital. Often the doctor-in-charge is asked to become one of the witnesses to the will. The question of whether a doctor should be involved is explained by Lord Templeman in Kenward v Adams (1975) Times Nov 29: “In the case of an agedtestator or (one) who has suffered serious illnesses ... however difficult or tactless it may be to suggest that precautions be taken: the ... will ought to be witnessed ... by a medical practitioner who satisfies himself of the capacity and understanding of the testator ...”.

As shown by the leading case of Banks v Goodfellow (1870) 5 LR QB 549, the testator must be capable of understanding the nature and effect of making a will, the extent of his estate and assessing the claims of those who might expect to benefit from his will.

In a Johor case, Aw Siew Keon v Kek Siong Uteh (2012) saw a battle between two wills, the later will of 2008 would have enriched the deceased’s second wife Ms Kek (as opposed to his children from his first marriage). The will in favour of Ms Kek was found to be null and void based largely on the evidence of the doctor who treated and confirmed that the deceased suffered from dementia.

This case shows the importance of a professional’s account of the facts which relates directly back to the sombre fact that all such professionals (medical and legal etc.) are duty bound to be mindful when giving advice.

This article is a cry for everyone’s will to be heard. It is a sad fact that most of us will not be able to control or avoid “mental incapacity” in one form or another – going senile so to say. Behind every mentally incapacitated person is a person with intentions, wishes and desires. So, sadder yet is when we do not try to prepare ahead in having our will documented so that after our passing or when we are not able to make decisions for ourselves, these documentations of our will shall then speak volumes on our behalf.

> This is second in the series relating to “Living Wills” following Thy will be done (StarBiz on Oct 8, 2018.)

The views expressed here are entirely the writer’s. 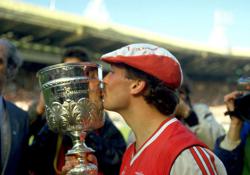