What you can learn from startup failures

FOR those involved in startups investing, CB Insights is a market intelligence platform that basically tracks all private investments in the tech space, deal making, fund raising exercises and of course, the all-important news flows within the startup space for stakeholders to keep track of what is the next trend in the market.

Recently, CB Insights shared with readers eight startups that failed to take-off after initial fund raising rounds for a variety of reasons and perhaps these textbook cases can now be good lessons to be learned for those involved in the new economy.

According to CB Insights, 70% of upstart tech companies fail and this usually occurs around 20 months after raising their first round of financing. What are the key reasons why startups fail?

Pets.com, which raised some US$161mil failed to take off in the early 2000s as it was way ahead of the market’s acceptance of online transactions or what is now known as e-commerce and aftermath of the dotcom bubble. Powa Technologies, a mobile payment company, which raised some US$227mil in funds, quickly crashed and burned despite its massive US$2.7bil valuation.

The company simply ran out of money and went into bankruptcy in 2016. It was a case of spending too much money on marketing to create an image to drive the success of the company but it failed.

Another startup that failed miserably was a blood-testing company called Theranos. Having raised US$500mil with a valuation of US$9bil, the company’s so-called “Edison Lab” did not actually work as claimed. Theranos was a revolutionary attempt to transform the medical profession with the expectations that the company’s blood testing equipment could test up to 70 different blood tests from a single finger-prick.

It was also believed that Theranos’ failure was due to its leadership as it misled the public on its products and worse, it even faked its growth numbers to justify its valuations.

Worse, employees that raised red flags were ignored and some were asked to leave the company, if they persisted. The shareholding structure of dual-class shares also played a role as its major shareholder had 100 times more voting power than other shareholders to ensure no one could challenge her.

Another case, Aereo, a US-based startup that raised US$97mil was a provider of on-demand access to broadcast television channels on mobile and desktop devices, specifically meant for consumers wanting to abandon their cable subscription. However, its services were not taking off as expected as it failed to gain subscriber base, especially with the strong market position taken-up by Netflix. Aereo simply didn’t have the market presence and worse, it was not able to scale-up.

In the used car market, Beepi, was a classic case of good idea on paper but failed on execution.

Having raised some US$148mil and valued at US$557mil, Beepi wanted to change how the second hand car market operates by providing digital solution, which was supposed to be faster, more efficient and reliable as well as less costly to consumers. Sounds like a perfect idea but it failed mainly due to its aggressive marketing and opening up of new locations as well as services. Beepi was burning cash but business was not picking up and worse, it could not compete with brick-and-mortar dealerships in terms of offering a variety of vehicles to choose from. In Sprig’s case, an end-to-end food delivery service and having raised US$57mil, the company failed as it tried to balance the market pricing for its products, i.e. to be high enough to make money and low enough to attract customers. The startup’s failure proves a point that if one tries to be a meal production company to delivery, without the economics of scale, it is bound to fail.

The six startups above give us different lessons in investing. Firstly, startup investing is definitely not for everyone as it is a high risk, high return game. Just ask any private equity fund manager and he will tell you that his expected internal rate of return has to be in the mid-teens at least, if not more than 20%.

After all, if 70% of startups are going to fail, how does one expect to make money? Secondly, timing is everything. One may have a revolutionary idea but if executed at a time when the market is not ready, it is bound to fail.

Thirdly, just like in the old economy, players in the new economy too can be unethical when it comes to superior claims of their products or services or fake or misleading cash flow projections just to convince investors when raising funds. Worse are startups that over-promised on their numbers but under-delivered on results.

There is also a lesson to be learned for investors in the sense that in today’s innovative capital structures, it is important not to lose sight of control or having your say in the investee companies. Investing using good money on bad structures can also be a recipe for disaster.

Last but not least, while startups are meant to disrupt the traditional business models, not all businesses can be disrupted as seen in some of the above cases that have failed.

More importantly for investors is to know when to cut losses and another lesson to be learned is not to keep pouring money into a business, not knowing if at all there is going to be light at the end of the tunnel. After all, just like any investments, if you are not going to see positive investment returns, you can’t be expected to make money if the company remains a loss-making entity and continue burning cash.

While the business model may attract new investors in the form of new equity or even debt funding, existing shareholders may only see a rise in value on paper as there is no exit route, just yet. Unless and until startups’ investors are able to exit at a profit (meaning selling their shares) or generate dividends from free cashflows of the business, there is no turning back in startup investing.

Despite all the above potential setbacks, startups have proven to be worth billions, judging by the current 326 unicorns out there which are worth more than US$1bil each.

According to Unicorn Tracker, the world’s current Top 10 unicorns are presently worth some US$388bil or about 36% of the total value of all the 326 unicorns.

Of course, the largest startup is no longer Uber, which at the last market price has a total market capitalisation of about US$68bil, but China-based Bytedance, worth some US$75bil in value. Bytedance owns Toutiao, a machine learning enabled content platform that is able to customise feeds based on a user’s reading preference. Interestingly, Singapore-based Grab is now the world’s 10th largest startup with a valuation of about US$14bil or approximately RM58bil – which would place it as the No. 5 highest market capitalisation company in Malaysia if at all it gets listed here.

Indeed, startup investing is challenging and those who make it can make it really big when economics of scale is achieved. While valuations are rising, whether these startups are profitable or otherwise is still a big question mark. 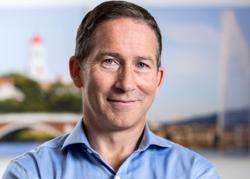