Beware of downside risks to the ringgit 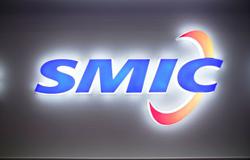 Although devaluation is currently not a trade weapon, the level of the yuan will be closely monitored; there are predictions for the yuan to go past 7.0 per dollar. The yuan

DESPITE some optimism on the direction of the ringgit, there are concerns over downside risks fuelled by, among other factors, flaring trade tensions and the weakening of the yuan.

Investor confidence is expected to gradually return but there are concerns on the movement of the yuan to which the local currency is strongly correlated.

From mid-April to mid-May, the yuan has depreciated 2.9% to 6.87 per dollar, while the ringgit slipped 0.7% against the dollar in the same period.

The yuan fell to its weakest level since December last Friday; it was within striking distance of 7.0 to the dollar, a level not seen since the 2008 financial crisis.

Amidst expectations that the Chinese currency will not be allowed to break 7.0 to the dollar, its impact on the ringgit will be closely watched, as escalating trade tensions lead to a weaker-than-expected Chinese currency.

The recent weakness of the ringgit was also partly caused by capital outflows; the first four months saw a net foreign outflow of RM7.4 billion from equity and bond markets.

There is also the fear that global index provider, the FTSE-Russell, may withdraw Malaysian government bonds from the FTSE World Government Bond Index (WGBI) in September, on issues over market liquidity.

Malaysia’s trade performance in 2019 is a concern, as weaker global demand against rising tariffs, takes a toll on exports.

The worry is that Malaysia’s current account balance, which is in surplus of RM16.4bil for the first three months, is affected by continued weakness in exports, said Malaysian Rating Corp associate director, economic research, Nor Zahidi Alias. Exports which contracted in February and March, recorded a quarterly growth of only 0.1%.

In the aftermath of the unexpected interest rate cut in July 2016, the ringgit fell from 3.85 to the dollar to almost 4.5 by year end.

Against other external factors, the ringgit had fallen then to a 12-year low in offshore markets when Bank Negara intervened to curb speculative activities.

These were especially in non-deliverable forward trades, where two parties take opposite sides for a sum that is the difference between the agreed-upon-rate and spot rate.

Will the ringgit fall again on the latest rate cut?

“The risks from an unduly weak ringgit has been under-rated,’’ said Inter-Pacific Securities head of research Pong Teng Siew. “The importance of a stable exchange rate has been too casually dismissed.’’

In difficult economic conditions, the debilitating effects of imported inflation resulting from a weaker ringgit, should not be overlooked.

Higher inflation, in this case due to an increase in the price of imports, is not good when growth in nominal income, salaries paid out in cash and not yet adjusted for inflation, is sluggish.

That will weaken spending; with slowing growth overall, a rate cut will not only fail to stimulate economic activities, it may depress certain portions of consumer spending.

Yet there is optimism for the ringgit, with expected weakening of the dollar from a potential rate cut by the Federal Reserve against stock market turmoil and crumbling US China trade talks.

US inflation, which has stayed persistently low, is expected to be only modestly and temporarily boosted by additional tariffs on Chinese imports.

The prospects for high crude oil prices, which has supported the ringgit, look quite encouraging, as supply disruptions continue to keep prices relatively strong.

Bank Negara’s move to enhance market accessibility and liquidity as well as expand and increase the flexibility of the dynamic hedging programme, should help ease the risk of potential exclusion from the FTSE WGBI.

Continuous efforts to engage the FTSE Russell and market players are also positive.

“As long as the government continues to strengthen our economic and financial sectors, the ringgit will, over time, reflect its fundamental value,’’ said Socio Economic Research Center executive director Lee Heng Guie.

The ringgit has experienced and withstood pressure in previous episodes of massive capital outflows; it will eventually normalize, said Lee, whose year-end target is 4.00-4.15 to the dollar.

Columnist Yap Leng Kuen sees the challenge in September, when the FTSE Russell decides on retaining Malaysian government bonds in its index.