An analyst told Bernama that the macro factors expected to affect the FTSE Bursa Malaysia KLCI next week, includes the Group of Seven(G7) meeting as investors search for clues on the trade outlook, as well as the timing of the next interest rate hike by the US Federal Reserve (Fed) which meets on June 12.

The stock has been on a tear since the start of the week, having put on 48 sen or 60% of its value since last Friday on high trading volume.

Wan Khalik is also a substantial shareholder in DWL Resources Bhd and a former executive director in the company who was on April 8 appointed the executive chairman.

Wan Khalik and Khan also recently assumed control of private vehicle Global Man Capital Sdn Bhd, which currently has the largest stake in G3. It increased its holdings of G3 to a 32.04% equity interest following an acquisition of 32.15 million shares in April, edging out Green Packet Bhd

While the reason for the increase in share price and trading activity is unclear, the apparels and ICT group recently announced a collaboration with China's SenseTime Group Ltd to develop new artificial intelligence (AI) products and solutions in Malaysia.

According to the statement, SenseTime recently became the world’s most valuable AI start-up with a valuation of more than US$4.5bil.

"Focusing on innovative computer vision, deep learning and AI for text, vehicle and facial recognition, SenseTime has collaborated with many strategic partners and clients, serving more than 400 well-known companies and government agencies including Honda, UnionPay, Xiaomi, OPPO, Weibo and many others," it said.

In the financial year ended Dec 31, 2018, G3 posted a net loss of RM17.15mil, which was a wider net loss over RM12.8mil in the 17-month period of the preceding financial year, due to high business development costs in the ICT segment. 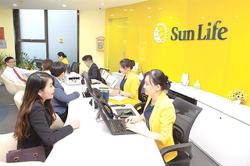