Cashless society can stamp out corruption

“When we talk about cashless system, another important benefit is that it could help cut down corruption, and I am sure corruption is much reduced in China, partly also because of the cashless system.

“So, they can help to cut down corruption. I think this is good for every country, especially for Malaysia,” he said in his keynote speech to officiate WeChat Pay technology exhibition.

Lim said cash is still prevalent although the use of cash is falling in Malaysia.

Bank Negara Malaysia data indicated that RM106mil worth of cash is circulating in the economy in 2018, or about 7.4% of the GDP compared to 7.7% and 7.9% in 2017 and 2016 respectively. The drop is cash is due to mobile and online payments in Malaysia.

“In contrast, a largely cashless economy would have around 2% of cash in circulation or lower, based on IMF staff’s calculations,” Lim pointed out.

Meanwhile, Lim said there is still growth for the e-wallet segment compared to credit or debit card.

Refering to a Nielsen study, he added that 10% of its respondents used e-wallet as a form of payments although 88% of Malaysian respondents are familiar with that form of technology.

Moving forward, Lim expects tech companies like WeChat to help digitalise payments in the country and create an environment conducive for big data analytics and other technologies relevant to Industry fourth revolution (Industry 4.0).

He believes the local vendors in the country are at ease with e-wallets as it increases payment speeds while reducing capital expenditure for payment infrastructure.

“ I have been informed that this is one of the reasons why there are more than 3,500 merchants in Malaysia now accepting WeChat Pay for mobile top-ups, flight tickets, movies and many more,” Lim said.

On the other hand, he noted credit ratings at high of A-/A3 by Fitch, Moody’s and S&P is a testament that the government’s reforms are bearing fruits.

The government is proceeding with is institutional and fiscal reforms based on the principles of Competency, Accountability and Transparency (CAT). 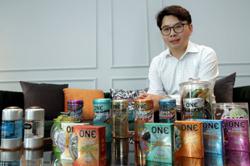