The five aircraft are leased to third party airlines with an estimated enterprise value of US$173.67mil.

posted a net loss in the October-December period, extending its losing streak for a third straight quarter, on higher fuel cost and increased finance expenses.

It has been another tough period for the long-haul budget carrier.

Revenue fell 6% to RM1.148bil in the three months ended Dec 31 due to lower scheduled flights as the average fare price dropped to RM490 per passenger from RM519 a year ago. Total passenger carried by AirAsia X in the December quarter fell 3% to 1.498 million, as several routes were affected by natural disasters.

Revenue per available seat kilometre, a key measure, decreased by 6% to 12.53 sen, partly due to additional frequencies to key destinations. AirAsia X said seat capacity in the last quarter expanded to 1.911 million, as five aircrafts were added to its fleet. It now operates a fleet of 35 aircrafts.

The airline, however, continued to struggle with rising fuel cost. The average fuel price paid by the airline rose 29% to US$89 per barrel in the last quarter of 2018.

For the three months ended Dec 31, AirAsia X registered a net loss of RM99.3mil on revenue of RM1.15bil. For the full year, it recorded a hefty loss of RM312.7mil.

The airline, however, expects its prospects to “remain encouraging.”

“For the first quarter of 2019, the current forward booking trend and average fares is performing within expectation,” it said.

This year, AirAsia X will add five aircrafts through operating leases via AirAsia X Thailand. On the other hand, AirAsia X Malaysia is expected to remain with 24 aircraft as it focuses on maximising aircraft utilisation of its current fleet and leverage on the group’s strategy in new route launches as well as increasing frequencies of core routes. 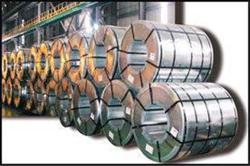