Police had received a report that the man had absconded with the cash he was supposed to have couriered to the money changer's office. - Photo: Singapore Police Force

The central bank said on Thursday the raids were conducted with the police and the Immigration Department under section 7(1) of Money Services Business Act 2011 (MSBA).

“It is an offence under section 4(1) of MSBA for operating the business activities without a licence and the offender faces a fine not exceeding RM5mil or jai not exceeding 10 years, or both,” it said.

Bank Negara said five illegal immigrants who were involved in manning the premises and customers of the illegal entities were detained for investigations under the Immigration Act 1959/63 (Act 155).

“The raiding exercise is part of the continuous enforcement actions undertaken by Bank Negara to protect members of the public against potential financial losses when dealing with unlicensed entities.

“As such, members of the public are advised not to deal or conduct any money changing or remittance transactions with illegal money services business operators and their agents,” Bank Negara said. 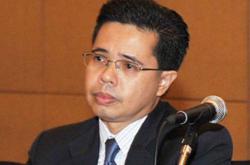