Inix down after announcement on EGM cancellation The IT software company announced yesterday that the proposed EGM was no longer necessary, as the agenda to remove and appoint directors had been resolved.

tumbled following the company’s announcement to call off its EGM scheduled for Feb 13 after two directors, facing removal, resigned.

In a filing with Bursa Malaysia on Monday, the loss-making IT software company said the proposed EGM was no longer necessary, as the agenda to remove and appoint directors had been resolved.

“Dr Wong Jeh Shyan and Norizam Tukiman, two of the three directors to be removed at the EGM, had resigned and was announced to Bursa Malaysia on Jan 23, 2019, other than Dr Azman Hussin, who has not resigned.

“Thereafter, the board of directors had resolved to appoint Datuk Zhang Li, Lee Yueh Shien and Edwin Silvester Das as new directors to fill in the vacancies created and shall be effective upon them having complied with the Companies Act 2016 and Bursa Malaysia Listing Requirements,” the company said.

A boardroom tussle has been looming within Inix. On Jan 18, the company announced that it would convene an EGM this month to remove three directors and appoint three others as directors.

In its notes accompanying its financial results for the first quarter, Inix said it expected stiff competition in the domestic and regional market in respect of the information and communications technology (ICT) segment.

“Nevertheless, the group is leveraging on its strong track record and extensive customer networking in expanding and penetrating both existing and new markets.”

“The group has also stepped up its efforts to invest in research and development to enhance its competitiveness and productivity in the expansion of its existing business, despite focusing on making ICT solutions,” it said. 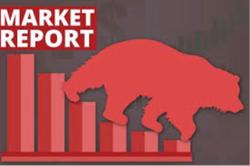