KUALA LUMPUR: Malaysian Resources Corporation (MRCB) has been upgraded by analysts after it secured the first contract for 2019 with the RM323mil highway job, putting it on an even stronger footing after the signing of the Light Rail Transit Three (LRT 3) contract agreement.

At the current trading price of 70 sen, MRCB is trading at a price-to-earnings of 10.72 times.

To recap, MRCB secured a contract from Turnpike Synergy Sdn Bhd for the construction and completion of mainline and other associated works of Sungai Besi-Ulu Kelang Expressway (SUKE) worth RM323mil. The project is expected to be completed by April 2020.

“We maintain our job replenishment target of RM500mil per annum for 2019-20, largely driven by infrastructure related works as well building jobs such as residential and mixed-developments.

“Meanwhile we remain upbeat on MRCB’s ability to replenish its orderbook in the coming years largely driven by: a) the proposed integrated development in Bukit Jalil with potential GDV of RM20bil, and b) the Kwasa Land development,” UOB Kay Hian Malaysia Research said.

This is the latest batch of positive news for MRCB after the company and its partner George Kent Bhd signed a contract agreement with Prasarana Malaysia Bhd for the LRT 3 project from Bandar Utama to Johan Setia in Klang.

Notably, MRCB's current debt level now stands at RM1.48bil with net gearing ratio of 0.24 times. This was after the compensation paid by the government for the Eastern Dispersal Link Expressway in Johor. Under the signed termination and concession agreement, the government paid MRCB RM1.325bil.

UOB Kay Hian Research points out long-term projects such as Kwasa Land and the Bukit Jalil integrated development (20 years) will ensure continuity of healthy contract flow even after the Federal Government turns off the tap on new mega projects.

New job lifts outstanding orderbook to about RM10.2bil as of September 2018 and will provide earnings visibility for its construction business in the next three to four years.

The outstanding orderbook includes a 50% share of the outstanding LRT3 contract value of RM5bil, with all the LRT3 packages having been awarded to the respective contractors in 2016-18.

“No changes in 2019-20 earnings forecasts as we had assumed a RM500mil annual orderbook replenishment for those periods. 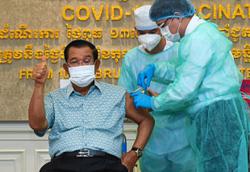