MASwings to operate 39 rural routes in Sabah and Sarawak 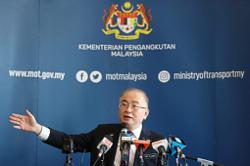 The signing ceremony between MASwings and the government was held today at the Ministry of Transport (MoT) here, with the airline represented by chief executive officer Aminuddin Zakaria and chief financial officer Normah Din while MoT, as the government representative, by its secretary-general Datuk Seri Saripuddin Kasim.

Apart from these routes, MAswings was also required to introduce new routes for several RAS destinations in stages, he said during a media conference after the signing ceremony.

“Incentives given in the form of management fee will depend on this,” he said.

Loke said MASwings would have to pay a penalty for services that were not satisfactory and did not achieve the key performance indicators set.

“These routes no longer fulfil the PSO definition and cannot be categorised as RAS under Act 771 of the the Malaysian Aviation Commission Act 2015 in view of them being jointly operated by MASwings and other airlines,” he added.

Loke said the government would also study the opening of four additional RAS routes  for Long Pasia in Sabah as well as Kapit/Bukit Mabong, Belaga and Long Silat in Sarawak.

“The additional destinations will be subject to the availability of related aviation infrastructure, in addition to cost, location and other factors,” he said.

Meanwhile, Loke disclosed that the government had decided to remove two routes, Kota Kinabalu-Sibu and Kota Kinabalu-Bintulu  from the RAS list and reclassify them as commercial routes from Jan 1, 2019, with AirAsia

being entrusted to service these routes.

The agreement between AirAsia Malaysia and the government was also signed today, with the low-cost carrier being represented by its chief executive officer Riad Asmat and group head (regulatory affairs) Vinod Krishnan while MoT by Saripuddin.

Loke said the agreement, among others, fixed the terms and conditions for AirAsia, which included the imposition of a RM3mil annual penalty should AirAsia fail to operate during the prescribed period (Jan 1, 2019, to Dec 31, 2024) to prevent flight services for the route being affected.

According to him, AirAsia is providing 2,520 seats a week through 14 flights using the A320 aircraft, an increase of 165 per cent from 952 seats previously when ATR72 aircraft were used.

“AirAsia has also given its commitment to the government to ensure that return tickets are competitively priced for the passengers,” Loke said.

He added that the government would only open the two routes to other commercial airlines after doing a study to ensure the routes had reached a fitting sustainability level to continue to be operated on a commercial basis. 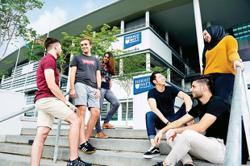