Pre-IPO deals for all, but beware

Bloomberg reported this only last week:

REMEMBER when we were all in awe after discovering that Tan Sri Vincent Tan made a killing on Facebook shares? Or when Khazanah Nasional Bhd revealed that they had made a multi-bagger for investing in Alibaba?

And now imagine if you as an individual (albeit only accredited or qualified investors) are going to be offered a chance to invest in a similar tech giant’s later stage pre-IPO deal?

That’s the pitch that some technology-enabled platforms are making.

A year ago, I came across such a pitch circulating around local investment circles.

The pitch deck was beautifully designed and basically made the outlandish claim that they were going to help you invest in the next tech giants of the world.

However, in order for any platform to pull off such a coup, those behind it would have to be connected to the global venture capital scene and be able to network with the owners of such tech companies.

Secondly, the platform operators ought to be astute and experienced enough to be able to pick out the promising tech start-ups from the hundreds of thousands out there.

Those credentials were markedly absent from the promoters of that local tech platform.

But other platforms emerging from places like the United States seem to be a bit more connected to the scene and thus may be offering investors something more concrete.

Consider the case of Microventures, a US-based and licensed equity crowd-funding (ECF) platform. Microventures claims to have merged crowdfunding with venture capital. It says it offers accredited investors the chance to invest in startups (both young ones and later-stage ones) alongside venture capitalists, often at the same terms.

Malaysia too has its own ECF platforms offering investors shares in promising tech start-ups. And we even have the Leap Market, where accredited investors can buy shares of companies which have their sights set on getting listed on the larger Ace and Main Market platforms.

So how is Microventures different? Think Uber, SpaceX, Airbnb, Lyft and Pinterest. These are some of the more popular names of tech companies whose shares are being offered for sale. All these companies are not listed yet but indications are that they are going to get floated in the not too distant future.

Recent news reports have indicated that both Uber Technologies Inc and Lyft have submitted IPO filings to the US Securities and Exchange Commission. Reports also say that social media giant Pinterest is approaching US$1bil in ad revenue and is pushing towards an IPO in mid-2019. Airbnb remains one of the big anticipated IPOs of 2019 while investors have been talking about a SpaceX IPO for years.

Two questions here: who is selling shares in later stage tech companies (considering they have not long to wait for an IPO exit) and secondly, how is Microventures able to snag those deals?

The sellers are apparently a combination of employee shares and some earlier VCs who can no longer wait for the IPO date for an exit.

Perhaps some of the employee blocks for sale are too small for VC firms to take up. Microventures also portrays itself as a platform for sellers of such equity to divest their shares to a ready list of buyers. The platform says it is run by ex venture capitalists who are connected with the tech space and that’s how the are getting the deals. In fact, the platform is six years old and had already participated and exited (for their clients) on such major IPOs as Facebook and Twitter.

All of that said, the big question is, will investors getting in prior to these tech giant’s IPOs actually make much money? In order words, will the IPOs of Uber, Airbnb, SpaceX do well? There is a chance that they won’t.

Big tech stocks, which led to the US bull run in the last decade, have been taking a beating for a few months now. But why are Facebook, Apple, Amazon and Netflix significantly sold down? There are a myriad of factors. Rising interest rates, trade tensions, increased regulation and higher labour costs to name a few. The tech giants had enjoyed the reverse of all of that until now.

Hence individual investors getting excited about a chance to snag some shares in the likes of Uber prior to the latter’s IPO ought to tread carefully. Will those IPOs actually succeed or will their prices drop upon listing?

More so in the case of Uber, whose IPO valuation is touted to be in the region of a staggering US$120bil, which some argue are lofty.

Bloomberg reported this only last week: “Uber CEO Dara Khosrowshahi has financial incentives to take the company public next year at a lofty valuation. Uber’s investors have long pushed it toward an IPO, which would free them and employees to sell their shares. 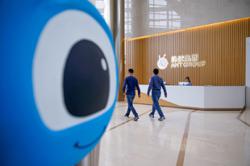 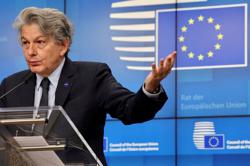