Bachelor of Applied Science in Construction Engineering prepares students for professional roles in the building and construction industry. Picture by Ansovina Chai.

CONTRARY to earlier expectations that the government will embark on an austerity drive, given the need to exercise strict fiscal discipline and reduce its debt and liabilities, which have exceeded RM1 trillion, the budget turned out to be still an expansionary programme.

On that note, MIDF Research chief economist Kamaruddin Mohd Nor considers Budget 2019 an “encouraging fiscal plan”, considering the financial challenges of the government, that could be a boost to the economy despite the challenges facing the country.

“Surprisingly, revenue growth remains intact, despite the absence of the goods and services tax (GST), and there’s no significant scaling back on public spending, especially on development expenditure (DE), which is crucial to support economic growth,” Kamaruddin says.

“The allocation for DE has exceeded our expectations vis-a-vis earlier concerns that it would be cut. Looking at the numbers, we think DE is sufficient to generate economic activities in the country,” he adds.

It will increase its allocation for operating expenditure by 10.4% y-o-y to RM259.85bil next year, while allocation for DE will be maintained at around RM55bil.

According to UOB senior economist Julia Goh, the budget shows that the government is not sacrificing growth at the expense of fiscal discipline.

“Budget 2019 remains expansionary despite the fiscal constraints and does not sacrifice too much on growth. Growth targets are modest at 4.9% in 2019 (from 4.8% in 2018) in line with the moderating global outlook and risks ahead,” Goh says.

Given the need to implement policy reforms and balance the government’s revenue capacity and spending commitment, while reducing its debt and liabilities, which have exceeded RM1 trillion, Malaysia’s fiscal deficit is certainly to miss the 2018 and 2019 targets set before the fall of the Barisan Nasional government.

In delivering his budget speech, Finance Minister Lim Guan Eng said the country’s fiscal deficit this year is expected to widen to 3.7% of gross domestic product (GDP), compared to the initial projection of 2.8% set earlier by the Barisan administration.

“In spite of our best efforts to reduce cost and postpone non-critical expenditures, it was unrealistic to achieve the 2018 deficit target of 2.8%,” Lim said, adding that the target could only be attained if the government continued the previous practice of hiding expenses off-balance sheet. 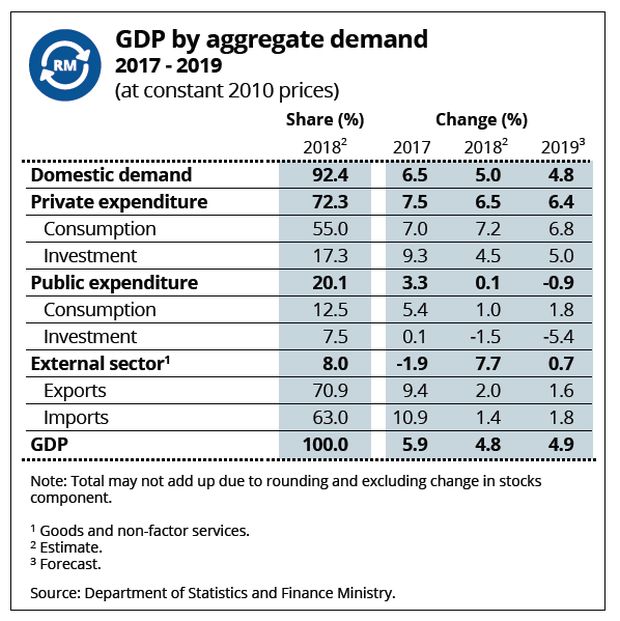 “I think it is a responsible and balanced measure because the budget shows that the government is focused on strengthening public finance and reducing its debt, while ensuring that its spending is targeted, effective and efficient,” the prominent economist says.

Commenting on the widening of the fiscal deficit, Lee points out: “The government has to reset the budget to start on a clean slate as it drives the country’s economy forward. The increase in fiscal deficit is unavoidable as it has to take into account legacy issues, various refunds and reclassification of debt/liabilities, among others.”

The concern, however, is how investors and rating agencies will react to the new budget deficit numbers.

If Malaysia’s sovereign rating is downgraded because of the wider fiscal deficit, it will put the country in a vulnerable position to capital outflows. This means, in a risk-off environment, foreign funds could pull out of the country in an accelerated manner, resulting in a further weakening of the ringgit. 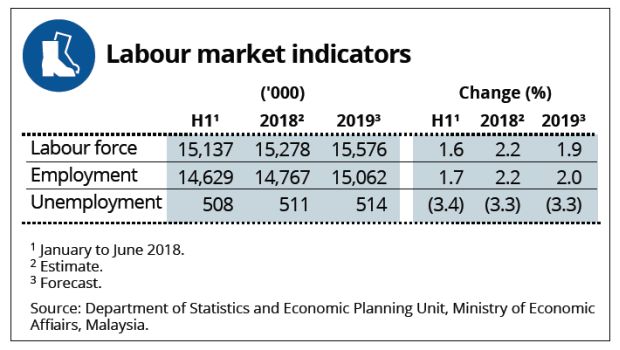 Lee brushes off concerns of a sovereign rating downgrade.

“The government has provided a very clear path of fiscal consolidation beyond 2020, and detailed measures on how to achieve that,” Lee says.

“I don’t think rating agencies will downgrade Malaysia just because we will see a spike in the budget deficit, but they will likely monitor us closely in terms of the government’s efforts and commitment towards fiscal consolidation,” he points out.

AmBank Research chief economist Anthony Dass concurs, noting that although the fiscal deficit target for 2018 is now higher, it is still below the peak of 6.7% of GDP in 2009.

“With greater emphasis on fiscal prudence through better transparency and governance, combined with credible economic growth, it will provide a bigger dividend to the country, and hence reduce the risk of being downgraded by the foreign rating agencies,” Dass explains.

“Budget 2019 by the new government presented its fair share of challenges by trying to achieve fiscal prudence without derailing the economy and hurting the wellbeing of the Rakyat,” he points out.

At present, the Big-Three rating agencies have rated Malaysia as follows: Moody’s Investors Service (A3 Stable); Standard & Poor’s (A- Stable); and Fitch Ratings (A- Stable). 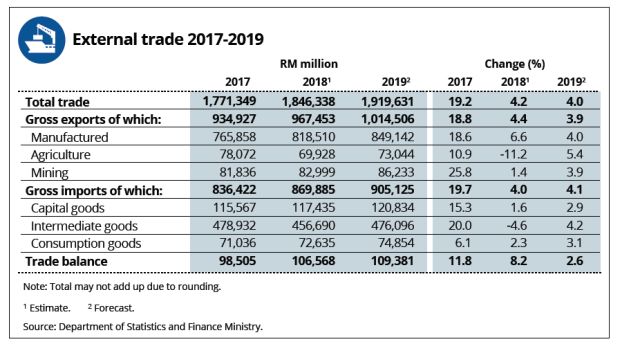 Economists note that measures undertaken will be supportive of private-sector growth in line with the government’s aim to reduce its involvement in business and allow the private sector to drive the country’s economy.

“Private investments in recent years have slowed down a lot, so it is not surprising that the government is introducing new measures to create an even more conducive environment for the private sector,” Lee says.

“There are quite a number of initiatives, including incentives and funds, that are supportive of private-sector growth, particularly the small and medium enterprises (SMEs),” he points out, adding that he expects those measures to have a positive impact on the private sector over the medium term.

Among the measures under Budget 2019 aimed at reinvigorating the private sector are the RM4.5bil SME Loan Fund; and reduction in the corporate income tax rate from 18% to 17% for eligible firms.

According to Dass, the government’s decision to review the existing tax reliefs and incentives in a move to streamline and potentially pave the way for lowering corporate tax is encouraging.

“Private investment is expected to support growth from the new and ongoing projects coming from the services and manufacturing sectors, especially in the areas of capital spending in technology-intensive segments which will help improve productivity,” Dass says.

He adds the focus on digital technologies and Industrial Revolution 4.0 will bode well for Malaysia in the future.

In addition, he says the private sector will benefit from the government’s efforts to prevent the cost of doing business from rising through exemptions on specific business-to-business service taxes, and a credit system for small manufacturers.

Essentially, the inaugural budget of the new administration is built on three main thrusts. Besides boosting the private sector by promoting an entrepreneurial state, it is also about restoring trust in the government and prospering the people.

While Budget 2019 is a short-term measure to rebuild Malaysia, the people’s expectations are high that the country will eventually turn around for good. It is certainly every Malaysian’s hope that the new government will fulfil its promise of a “new Malaysia” and ensure that the people’s aspiration for a more prosperous, equitable and harmonious future is not disappointed.