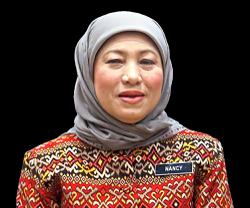 KUALA LUMPUR: The government targets to develop 30 new manufacturing small and medium enterprise (SME) players in the aerospace sector by 2020, in addition to the current 20 companies.

“Of course, the MRO sector has been providing quite a sum of revenue to Malaysia but at this point of time, manufacturing (segment) is number one. We hope that it (manufacturing) can increase between 7.0 and 15.0 per cent every year, but this will very much depends on how we can bring in more investments.

Shamsul Kamar said about 48 per cent or RM6.6 billion of the aerospace industry's revenue in 2017 came from the aerospace manufacturing segment, followed by 46 per cent from the MRO segment and the remaining from the engineering and design services segment.

He said US-based General Electric's decision to invest RM200 million to set up a new high-tech LEAP service centre in Malaysia would result in up to 40 new airlines servicing their engines in Subang airport.

“We hope with the new investment, more engines will be serviced in Subang,” Shamsul told reporters after the launch of the third Kuala Lumpur International Aerospace Business Convention (KLIABC) here today.

The launch was officiated by International Trade and Industry Minister Darell Leiking.

Shamsul Kamar said that NAICO, a unit under the Ministry of International Trade and Industry (MITI), will work with SMEs to ensure their long-term engagement in the aerospace industry.
“MITI through its agencies like the Malaysia External Trade Development Corporation (MATRADE), Malaysia Investment Development Authority and SME Corporation (SME Corp), will provide grants to assist the SMEs in the aerospace industry.

“These grants, however, only cover about 50 per cent of any investments needed as we want to see the (same) commitment from industry players and to determine if they really want to invest in this segment,” he added.

Meanwhile, Darell said the Malaysia Aerospace Blueprint 2030 targetted an annual revenue of US$14.3 billion or RM55.2 billion by 2030 and the creation of more than 32,000 high-income jobs.
“Malaysia is at the forefront of various activities in the aerospace value chain. Our companies cover engineering and design services, system integration, and the manufacture of aircraft parts and components including ground support equipment and MRO activities.

“SMEs involvement in the industry is also encouraging. The 20 SMEs under the SME Corp's Global Aerospace Manufacturing Industry Programme have shown positive growth and are expected to generate more than RM30 million this year,” he said.

In 2017, Malaysia's aerospace export surged 54 per cent to RM8.51 billion from 2016, with main exports being parts and components, particularly for wings, empennage and aircraft fuselage.
The three-day KLIABC which begins today is organised by MATRADE in collaboration with Malaysia Aerospace Industry Association (MAIA) and ABE France, and will see the participation of 150 aerospace industry organisations from 21 countries. - Bernama 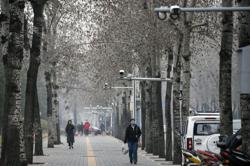