Johnson: As a generation that spends over eight hours a day on the Internet, marketing practices need to likewise change.

ORGANISATIONS could lose a valuable consumer segment, the Gen Z – also known as digital natives, and suffer a setback in their business if they failed to engage with this group through digital platforms.

INTI International University and Colleges senior vice-president (marketing, products and partnerships) Tim Johnson says various studies conducted by the institution of higher learning has shown the importance of having a close connection with digital natives via digital platforms.

These platforms include Facebook, Whatsapp and Youtube which currently are among the most used mediums for communication and engagement.

“A clear indicator to organisations then is that if they have not already made the move to engage users on these platforms, they need to do so quickly or risk losing their next generation of consumers.

“More importantly, as a generation that spends over eight hours a day on the Internet, marketing practices need to likewise change.

“Traditional marketing methods or the ‘hard sell’ that speaks directly about products and services are slowly fading into the background, as this more discerning and highly exposed group of consumers are coming to the fore,” he says in an interview with StarBizWeek.

Johnson adds that content marketing, storytelling and building an affinity to the brand rather than meeting the basic needs and wants are now key in building long-term relationships and the loyalty of customers.

Leveraging influencers (seen from years ago through the use of celebrities as endorsers) also continues to be a significant means of rethinking marketing strategies.

In today’s digital age, however, he says these influencers are no longer limited to A-list stars or athletes, but are beginning to include Youtubers, bloggers and even activists – individuals who have created followings through social media and who are experienced in the art of “storytelling” – bringing a new vibrancy to even the oldest brands.

A recent survey by INTI this year revealed that 96% of respondents born in the Dragon Year 2000 indicated that Whatsapp was their most used platform, followed by Facebook (90%), Instagram (72%) and Youtube (69%). These responses align with the larger Gen Z cohort surveyed in 2015, who also ranked Facebook (92%), Youtube and Whatsapp (66% each) among their most frequented platforms.

Gen Z are those born between the years 1995 to 2009. While encompassing a wide range of individuals, including year 2000 Dragon Babies, this generation is united by three common traits: they are a generation of self-starters; are the first generation of true digital natives; and are socially conscious, particularly due to their early exposure to global information.

In July 2018, INTI published the findings of its latest landmark survey titled Enter the Dragon: Understanding the Unique Realities of Dragon Babies, the fourth in a series of studies addressing Generation Z.

The findings of the first study on Gen Z showed that as a generation of self-starters, with 31% looking to start their own businesses, Gen Zs are geared towards becoming their own bosses, and embarking on unique careers that speak to their passions.

This ties in to findings by the Employees Provident Fund in August 2017 which reported that the Malaysian freelancing economy has grown by 31% – making it the third largest freelancing market in the region, as reported by Freelancer.com.

Coupled with this is their interest in work that contributes to the well-being of society – suggesting that for most Gen Zs, careers are not only a means to an end but should be seen as part of a fulfilling future.

For Dragon Babies, however, their sense of adventure (66%), leadership (59%) and ambition (53%) is aimed at securing financial stability and ultimately being the best or being the leader in their pursuits, suggesting that while service to society is important, their focus still remains on personal success.

As Gen Zs begin to enter the workplace, Johnson says organisations need to ask what this combination of expectations means for the future of talent.

“What are the strategies needed to retain and manage this self-driven generation of professionals in the workplace, to leverage the desire for leadership and challenge that the larger Dragon Babies cohort actively seek, to meet their desire for early success, and how much social impact an organisation actively engages in – which now plays as much a part in attracting this generation of talent as professional development does?’’ he says.

Recognising that the subsequent years after the Dragon year have significantly lower birth rates, he adds that brands need to also be mindful of the discrepancies in their fresh graduate hires, as well as the impact of potentially lower demand in certain consumer goods and services.

Furthermore, with more of Malaysia’s talent moving towards starting their own businesses and offering freelance services, questions must be raised on the sustainability and financial security of these start-ups, he notes.

INTI’s 2017 survey on freelancers revealed that 66% of freelancers today did not have a retirement plan, while 56% had less than three months financial cushion.

Johnson says: “While supportive policies and agencies such as Malaysia Digital Economy Corporation (MDEC), Cradle Fund,and SMECorp along with grants and tax exemptions have aided the growth of start-ups in the country, a top consideration would be how to empower the next generation of Malaysia’s independent professionals to succeed and contribute back to the growth of the economy.”

Regardless of whether they secure employment, become entrepreneurs or move into the realm of freelancing, he says Gen Zs must quickly realise the value of digital literacy in their repertoire of skills.

Encompassing the use of digital technology, communication tools or networks to create value for an organisation or process, Johnson says digital skills are a means through which young professionals will remain relevant and work alongside technological advancements impacting the workplace.

INTI’s 2016 survey on graduates and employer expectations recognised a clear gap between both groups, with 30% of employers recognising digital literacy as the most essential competency in today’s workplace, while only 4% of graduates ranked it as being important. INTI’s 2018 Dragon Babies survey likewise saw 18-year-olds ranking digital literacy as the lowest competency they hoped to improve on when entering higher education.

Workday and IDC’s recent study on a “digitally-enabled workforce”, however, serves as a grim reality check that in spite of this low emphasis on digital literacy among Gen Zs, 43% of Malaysian employees are feeling the potential risk of unemployment due to the impending use of technology in the workplace.

Johnson adds: “In spite of being digital natives, Gen Zs need to quickly realise the value of digital skills which encompass the use of business analytics in tracking and making business decisions, an understanding of cloud computing, the use of analytics for social, mobile and web platforms, and understanding the basics of the IT infrastructure landscape.

“These competencies, which INTI has integrated as course modules in partnership with the IBM Innovation Centre for Education, prepare students to remain on par with current industry standards and the latest requirements impacting their future careers.”

Furthermore, to address Gen Z’s aspirations of starting up their own business, INTI also collaborates with Alibaba.com in its Global E-Commerce Talent (GET) programme to offer industry-developed modules that prepare students for careers in e-commerce.

Alongside the Education Ministry and MDEC, INTI was also among the founding members of Alibaba’s GET Network, a consortium aimed at addressing e-commerce competencies and education in the region.

In a nutshell, he says Gen Zs must realise that digital literacy goes beyond the use of apps, social media and the Internet. “To excel as professionals in a digital age, they must be willing to learn the actual technical workings of their favourite technologies, and identify how it applies to the various industries they will one day be a part of.

Unlike other generations, “Gen Zs have the most opportunities to future-proof their careers by developing their digital literacy skills, and should make the most of their formative years in school and in higher education to gain the competencies that will help them thrive in the digital economy,’’ Johnson notes. 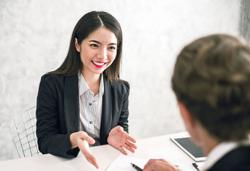