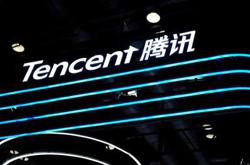 Ma, one of China's best known corporate leaders, will remain on the company's board of directors and continue to mentor the company's management, the New York Times said on Friday.

It was not immediately clear whether the company will appoint a new chairman. Ma, who founded Alibaba in 1999, stepped down as chief executive in 2013. He currently serves as the company's international face at top political and bushiness's events.

Ma, who is China's third richest person with a net worth of $36.6 billion according to Forbes magazine, was quoted by the New York Times as saying that his retirement is not the end of an era, but "the beginning of an era."

Ma, who turns 54 on Monday, currently oversees a number of charitable projects in education and environmental fields. He is a cult figure in China's internet industry and has attracted a large following among entrepreneurs and in pop culture alike. At events he is often met with screaming fans.

Alibaba was founded by 18 people led by Ma. China's biggest e-commerce firm, it now has more than 66,000 full-time employees, according to the company's latest annual filing.

The company had a market value of about $420 billion as of Friday's close. Ma also controls Ant Financial, which was valued at about $150 billion after a recent fundraising round.

Ma is stepping back at a tricky time for Chinese tech firms. The Chinese government has increasingly sought to regulate the industry where Alibaba and Tencent Holdings Ltd are fighting a fierce competition for the country's consumers.

Trade tensions also present a new challenge for Chinese tech firms, especially those like Alibaba which are expanding overseas rapidly.

Earlier this year regulators shot down a $1.2 billion bid for money transfer service Moneygram International Inc by Ant Financial on national security grounds, which the company said was related to "geopolitical" changes. - Reuters

Ma was quoted as telling the paper he would step down on Sept. 10 to pursue philanthropy in education, the report said.

Alibaba was not available for comment outside business hours. - Reuters