The tax would be applicable to individuals who purchase general insurance policies except for medical policies.

KUALA LUMPUR: The General Insurance Association of Malaysia (PIAM) aims to increase life and non-life insurance penetration in Malaysia to four per cent by 2020.

Chairman Antony Lee said the association echoed Bank Negara Malaysia's target, as life and non-life insurance penetration in the country was now below two per cent, which was half of where it should be.

“For the urban middle to high-income classes, the figures are all right, while the rural and B40 (bottom 40 per cent income group) segment remains an issue.

“We do need to work together to come up with a policy or a way of distributing as affordability is an issue and a lot also depends on government initiatives and support,” he told reporters during a briefing here today on the industry's first-half performance.

Lee said the association would like to engage more actively with the government and had requested for more interaction, as insurance is a strong pillar for the nation's economy.

On the general insurance industry's performance, he said it registered a marginal growth of 0.7 per cent in gross written premiums to RM9.23 billion in the first six months of 2018 compared with the same period last year.

Motor remained the largest class of insurance with a market share of 45.6 per cent, followed by fire at 19.2 per cent and marine, aviation and transit (MAT) at 8.2 per cent.  Except for fire and MAT, all classes of insurance grew during the period under review.

Motor insurance recorded a gross written premium of RM4.2 billion with a slower growth of 0.2 per cent for the first half of 2018 compared with 2.1 per cent growth in the same period last year.

This was due to weaker consumer confidence amid the uncertain economic and political environment prior to the 14th General Election.

Medical and health insurance grew by 7.6 per cent to RM0.68 billion while personal accident insurance rose 1.7 per cent to RM0.62 billion.  On the Sales and Services Tax (SST) introduction with effect from Sept 1, Lee said it would adversely affect the industry.

“The SST does not encourage the public to take up insurance, as (the cost) will spill over to consumers, and the transition pricing from the Goods and Services Tax (GST) to SST is quite messy.

“Government has made its decision. We have to abide by it and try to minimise the disruptions and hiccups, especially in its implementation,” said Lee.

Insurance and takaful services, including general insurance for individuals, are among the items listed as taxable with a six per cent service tax under SST.  Lee said PIAM would present its position and appeal to the Ministry of Finance on the SST introduction.

On the 2018 outlook, PIAM anticipates full-year growth to remain subdued, as the general insurance industry merely recorded a 0.1 per cent growth in 2017.

“It would be a slightly unusual second half, coming out from the GST holiday, and we expect there would be a slowdown starting Sept 1.

“However, a single-digit growth of one to two per cent is achievable,” Lee said.

Meanwhile, the motor premium would see some growth based on very strong car sales in the second quarter.

He said the premiums would spill over to third quarter, as car sales benefited the insurance industry. - Bernama 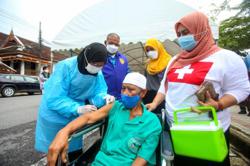