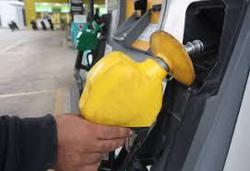 For the full year, Inari

The lower earnings were due to an increase in effective income tax rates for the group’s largest operating subsidiary, Inari Technology Sdn Bhd.

Thus, earnings per share dropped to 1.8 sen from 2.17 sen in the same quarter of the previous year.

Inari has declared a fourth interim dividend of 1.6 sen and a special single-tier dividend of 0.4 sen for the period. Thus, total dividends for the quarter are two sen, compared with 2.8 sen in the same quarter of the previous year.

The better profits were mainly attributable to an increase in demand of factory output and changes in product mix as well as a gain on the disposal of assets, despite a higher depreciation cost and taxation.

Total dividends given out for the full year are 8.4 sen compared with 9.8 sen previously.