Utusan is now a PN17 company

has been classified as a Practice Note 17 (PN17) company, denoting its financials were inadequate as a listed entity.

In a filing with Bursa Malaysia yesterday, the company, which has defaulted on loans from Bank Mualamat Malaysia Bhd and Maybank Islamic Bhd, said that it would need to come up with a regularisation plan within the next 12 months.

If it fails to come up with a plan, it risks being delisted from the stock exchange.

For its first quarter ended March 31, 2018, Utusan continued its losing streak, chalking up a loss of RM5.8mil. In the same period last year, it lost RM22.8mil.

The company has been bleeding over the past few years, and its shareholders’ fund has declined to RM89.9mil with accumulated losses of more than RM71mil as of end-June this year.

Cashflow has been so tight that it had to call for a private placement exercise of up to 10% of its issued shares to raise a measly RM2.1mil to repay its borrowings. 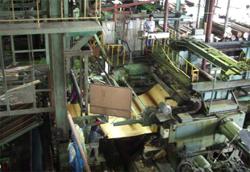