By On Your Own Tan Thiam Hock 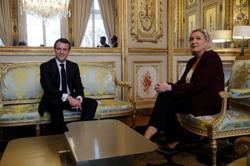 This past general election must have surprised you with such an unexpected twist that you are unprepared for the rapid changes in government policies. If you want to forecast the next steps to be taken by the Pakatan Harapan government, I suggest you read up their election manifesto.

Surprisingly, this motley crew of politicians are able to work together, counter check one another and following the manifesto that they have promised to the last word. Even Tun Dr Mahathir Mohamad has to retract some of his earlier decisions in the spirit of the manifesto.

However don’t raise your hopes too high for these are early days.

On the bright side the new politicians assuming seats of power have been a refreshing lot so far. Saudara Lim Guan Eng has been forthcoming, direct and transparent with our state of financial affairs. Saudara Mat Sabu is uncomfortable with the privileges accorded to a minister. Such a lovely chap, humble and simple. I am sure the soldiers can identify with him and fully support this jovial cook extraordinaire.

Saudara Anthony Loke has changed the meaning of the YB acronym from Yang Berhormat to Yang Berkhidmat. No decorum please. Now everybody can get a driving licence. If you pass. Saudara Maszlee Malik will be reforming our education system with new refreshing ideas so hopefully it will be well received by the professors, lecturers and the teachers. Implementation will be his toughest task though not impossible.

Entrepreneurs who believe that honorific titles will get you respect in the government departments will be in for a surprise with these motley crew of saudara ministers. Save your money and reinvest in growing your company capabilities instead.

Entrepreneurs who have been getting negotiated contracts from the previous government should revisit your one sided contracts and understand the rules of the law when the government comes a calling to renegotiate with you. Be prepared for a haircut.

Entrepreneurs who have openly supported Barisan Nasional in the previous elections should not worry too much as this Pakatan government believes in freedom of speech, freedom of rights and freedom to choose and vote. However general public sentiments are against you so it might be advisable to keep quiet for now rather than making a bad situation worse.

Entrepreneurs who controls public listed companies should refrain from being openly involved in politics. You have a responsibility towards the other stakeholders in your company. Your personal choice in supporting the government of the day or the next government should not jeopardise the fortunes of your listed company.

Just as politicians should not be involved in business, businessmen should not be involved directly in politics. The recent dramatic saga of Tan Sri Stanley Thai and Tan Sri Tony Fernandes have been well documented, discussed and gone viral. It will eventually be a good case study for topics on leadership governance and managing government bullies. As said by Tan Sri Rafidah Aziz, let’s bury these past cases and move on for we have much to look forward to.

Hopefully this new government will not set the Inland Revenue Department onto the businessman who has not supported them in the last election.

While it seems unlikely, there is no indication of any changes in the IRD by the Finance Minister, probably because they have the 1MDB debacle to unravel on an urgent basis.

Saudara LGE, the entrepreneurs are urging you to reform the IRD to be more compassionate, less arrogant and more fair. Please do not set them KPI’s on excess tax collection as the officers will start believing in creative accounting of their own imagination. Dr Mahathir has asked the IRD to pay back the excess tax created and collected from many individuals and corporations. It will be interesting to see what the IRD will do with his instructions.

Bumiputra entrepreneurs should not worry too much as to the loss of business opportunities with the government. The Pakatan government has pledged to maintain certain rights for bumiputra business community. The only difference will be no more negotiated contracts, all on open tender and please make sure you perform or your performance bonds will be taken by the government.

Many associations like the taxi associations are approaching Dr Mahathir and the new ministers for clearer policies or additional regulations to be applied to the digital competitors.

No matter what new regulations there is, this can only be short-term breathing space for the taxi operators.

Only a complete overhaul in attitude and business model can help the taxi players survive in the long run. The consumers decide their future, not the government.

For entrepreneurs who are involved in the import, distribution and retail of China made consumer products, apparels, electronic products and accessories, I strongly suggest you guys have a quick discussion with our Economic Affairs Minister and Human Resources Minister. With the rolling out of the Digital Free Trade Zone, Alibaba will be flooding China-made products into Malaysia. Are you guys prepared for the onslaught?

I recommend a quick national survey to be done by the Human Resources Ministry on how many people will be affected or displaced by this digital e-commerce disruption. The ministry should plan a re-training programme for these displaced workers and work on re-routing these workers to other industries.

This Pakatan government has promised to lower the cost of living for all Malaysians in their manifesto. No unintelligent remarks yet from their ministers. So far so good. 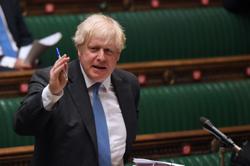