Replacement tax: Council of Eminent Persons chairman Tun Daim Zainuddin expects the introduction of SST to generate RM30bil in revenue for the Government.

THE sales and service tax (SST) is set to make a comeback in the Malaysian tax scene, after it was scrapped three years ago to make way for the goods and services tax (GST).

Prior to that, the SST had been in place for 40 years.

Hardly a week since its surprise victory in the 14th General Election, the Pakatan Harapan government announced that it would remove the unpopular GST and replace it with the SST.

Removing the tax, introduced by the Barisan Nasional government in April 2015, was one of the many pledges listed in the new ruling government’s election manifesto.

The coalition has promised to fulfil these pledges – which also include abolishing tolls and reviewing mega-projects – within the first 100 days of forming the Government.

On Thursday, the Finance Ministry (MoF) provided more information on the highly-anticipated move to scrap the GST.

The MoF clarified that the GST would be zero-rated from June 1, and that the government would reintroduce the SST at a later unspecified date.

As the Government removes one tax and replaces it with another, the question is – will prices go down or will they remain status quo?

Another major concern among analysts and economists is how the Government would plug the anticipated shortfall from the zero-rating of the GST.

Council of Eminent Persons chairman Tun Daim Zainuddin expects the introduction of SST to generate RM30bil in revenue for the Government. GST collection for 2018 was forecast to be RM43.8bil.

The MoF, in a statement, has assured that the shortfall from the GST would be cushioned by specific revenue and expenditure measures that will be announced later.

“The fiscal reform initiative is already underway. The SST will be reintroduced.

“Expenditure reduction will begin with rationalisation, efficiency measures and reduction in wastages,” it says.

The ministry notes that oil prices have been higher than the US$52 per barrel estimated for Budget 2018.

This, it says, also provides fiscal buffers for the immediate future.

“Fiscal responsibility, transparency and governance will be a paramount consideration in rolling out the fiscal reform,” it adds.

It says the revision was triggered by Prime Minister Tun Dr Mahathir Mohamad’s move to zero-rate the GST - which it views as negative for the country’s fiscal consolidation efforts.

“Although we expect the government to iron out the details of the SST over the coming months, implementation is likely to take place only after 2018.

“This means that the government will forgo about half of the GST revenue without any replacement for the remainder of 2018,” it says.

The GST accounted for about 20% of total government revenue in 2017.

Losing seven months of this revenue, it says, is likely to cause the fiscal deficit to “widen considerably” in 2018.

While the higher-than-expected crude oil prices are expected to help offset the shortfall from the removal of the GST, the research house says it will “only slightly” offset the negative impact on overall revenue.

“Even if the SST is brought back as announced by the Dr Mahathir administration, and assuming that revenue collection under it remains the same as it was before the replacement by the GST in the second quarter of 2015, the fiscal deficit will likely widen over the next decade,” it says.

The SST accounted for only 7.8% of the government’s total revenue in 2014, the year before it was removed.

The GST was hugely unpopular among the public and businesses when it was first introduced.

The public, especially the lower and middle-income group, was burdened with higher prices, while businesses had to spend a significant amount of time and money to set up the new system.

Fast forward to three years later, and businesses will have to make changes once again.

With less than two weeks to go before the zero-rating of the GST and no details about when the new tax will kick in, experts are calling on the government to move quickly in providing guidelines to help businesses prepare for these changes.

PwC Malaysia’s head of indirect tax, Raja Kumaran, says there are several reasons as to why prices had surged after the introduction of the GST.

“It could have been due to poor enforcement on prices. Another reason could be the delays in the refund of the input tax by the Customs Department.

“Due to the delays, businesses may have decided to pass on their costs to consumers by raising prices,” he says.

Under the GST system, businesses had to fork out the tax payments upfront, and wait for the Customs Department to refund them with the input tax.

Businesses have often complained of delays in receiving their refunds, and as a result, raised prices to pass on their costs to consumers.

As a result, on top of the 6% GST, consumers also saw the base price of goods and services increasing.

In view of this, he says, the authorities must put in place proper enforcement once the SST comes into effect to ensure that prices are not raised once again.

Moving forward, he says the Customs Department should provide clear guidelines as soon as possible on the SST.

“There was not much time given to prepare for the zero-rating of the GST on June 1.

“For the reintroduction of the SST, businesses should be given a period of at least six months to prepare,” he tells StarBizWeek.

Raja Kumaran says the prices of goods are expected to drop by 6% once the zero-rating of the GST kicks in, and consumers will enjoy a “tax holiday” until the SST comes into effect.

He expects that the SST will be enforced only after September this year.

Deloitte Malaysia senior adviser Datuk Tan Theng Hooi welcomes the removal of the GST, but also calls for clear details about the reintroduction of the SST.

He says this is important, as many businesses are likely to have already scrapped their SST systems.

“Putting in place the SST system must now be the priority to enable a smooth transition,” he says.

Tan, who is also the president of the Malaysian Institute of Certified Public Accountants, notes that with the reintroduction of the SST, not all prices of goods and services will go down.

“Generally, we should see a reduction in prices, but not all prices will be reduced by 6% once the SST comes into play.

“Depending on the SST rates and the list of taxable items, prices of some goods may not go down or some may even go up.

“It will be good to have in-depth analysis – on which items will see prices going up or down post-SST implementation - be made known to the public, so that the expectations can be rightly managed,” he says.

Tan adds that items currently zero-rated under the GST should also be exempted under the SST to ensure that the lower and middle-income group does not see prices of basic household items going up under the new tax.

EY’s Asean tax managing partner Yeo Eng Ping says the transition from the GST to the SST, which is expected to take place within a relatively short timeframe, will require careful management.

“Organisations need to deploy sufficient focus and resources to ensure a smooth transition, avoiding pitfalls and seizing new opportunities,” she says in a report.

Yeo says the move to zero-rate the GST as an interim measure is good, as it allows a more gradual transition from a full GST regime to the SST, minimising business disruption.

“This also allows time for the government to gather views as it formulates the new SST,” she says.

She calls on the authorities to introduce the new tax in a manner that is sensitive to business operations and mindful of resource and costs associated with change. 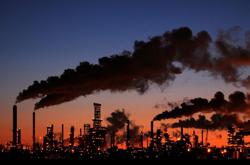