JOHAN, 42, is a property investor. And he’s disgruntled.

He’s been “quite this way” (as he so eloquently puts it) for about four years now.

“The property market has been on a downward cycle for quite a while. I miss the thrill of selling a house or even a shoplot for a quick buck,” he says... sounding a tad, well, disgruntled.

Johan, as you may already know, is a “flipper”. In the property investment world, this can be defined as a quick, profit-making strategy whereby an investor purchases a property at a discount and disposes of it at a higher price – usually during a property market upturn.

Flipping was one of the more popular ways to make money especially during the period of 2008 and 2014, when the local property market was experiencing an up-cycle and bank interest rates were low.

According to a property analyst, the high-end condo segment lost a lot of value during the height of the 2008 global financial crisis. This resulted in many expatriates leaving the country – causing rents to plummet.

“This situation was also compounded by the fact that there was an oversupply situation.

Immediately following the global financial crisis, there was a surge in demand for high-rise, high-end properties – mainly by flippers, also known as speculators. Between 2009 and 2010, it was crazy,” he says.

“Crazy” was the right way to describe it, recalls Johan.

“I made a lot of money then. When I first went into it (flipping), I didn’t have a lot of cash. It was a huge risk. I started small – I purchased a single-storey terraced property on the outskirts of Kuala Lumpur.

“A renowned developer was launching a township just next to it and the value of the property I bought sky-rocketed.”

When the terrace house was built two years later, Johan sold the property and made a profit of over 100%.

“The money I got from that – I used as downpayments for two more properties. Two years later I disposed of both of them – making a profit of close to 200% for each of the properties.”

It was around that time when the local property market started going downhill.

“I do monitor the market closely. When things started going downhill, I bought one commercial property but selling became a bit of a problem. So I immediately rented it out.

“I’m still holding on to it and plan to sell it when the market picks up,” says Johan.

“I entered the market towards the end of 2015. I purchased a condominium in Kuala Lumpur – looking to sell it at a higher price. But the market has dipped, and I now find it a burden to pay off the monthly loan.

“I could sell it but I would not make much profit from it. In fact, there has been minimal improvements in terms of value on the property that I bought. So I’m just renting it out for the time being.”

Vijay is optimistic that he will make a good profit from selling it some day.

“I hope to sell within three to five years for more than 100% (profit) at least, he says.

“The pro is that you can get high returns with minimal investment. You just put down a downpayment of 10% and within two to four years, you can sell it off. Returns can be as high as 100% to 200%. It is indeed an attractive proposition.”

However, Yap cautions that everything depends on “how hot” the market is.

“If the market is hot, then it’s easy to find someone to take the property off you. But when the market is slow, it will be difficult and even impossible to sell. On top of that, you still have your loan repayment, which can be a burden.

“If you plan to flip, you need to ensure that you have the holding power and money to pay off the loan.”

Yap adds that property owners that have difficulty of finding a buyer resort to renting out.

“But it’s also not always easy to find a tenant and sometimes, the rent itself may not be enough to pay off the monthly loan. This will place you in a difficult position and you run the risk of having your property repossessed.

“Flipping can be risky, especially now when the market is cool.”

At the launch of the Valuation and Property Services Department’s (JPPH) Property Market Report 2017 last month, it was revealed that things are finally starting to look up for the local property market.

While transactions have improved by 4% in the first two months of the year compared with the same period a year ago, the overhang situation is still a perennial problem for the Malaysian property market.

Last November, Bank Negara said the number of unsold residential properties was at a decade-high, with a majority of units in the RM250,000 and above price range.

According to JPPH, the volume of overhang in the residential property segment grew by 67.2% to 24,738 units last year, compared with 2016.

The growing concern on the overhang situation received wide coverage in recent months, which led to the issuance of future development freeze on luxury properties worth more than RM1mil in major cities.

PPC International managing director Datuk Siders Sittampalam concurs that flipping is an activity that only makes sense when the property market is on an uptrend.

“Flipping is a short-term way to earn high profits. Before there were financial restrictions imposed by Bank Negara, there was ease of funding and this propagated speculation. It disturbed the market.

“Because it was not supported by market fundamentals, this created a bubble in the local property sector.”

Siders does not consider “flipping” a form of investment.

“This is because you do not know at which point of the cycle you are in,” he says, adding that the local property market is currently experiencing a consolidation period – devoid of speculators.

“There are people that had the money – and they came out of it making money. Flipping... it’s like gambling and it’s not healthy for the market,” he says.

If you still want to flip

Johan, who believes that flipping is and can be a great way to make money, says one would first need to have a good credit score before “going into it”.

“With banks tightening their lending requirements for property loans, having a good credit score is important.

“Alternatively, if you have the cash to pay for the downpayment, you could do that without having to take a loan. But that’s risky.”

An industry observer points out that like any other forms of investment, doing your research is key.

“It’s important that you know the market. Read books, newspapers, property portals, speak to experts, go to conventions or seminars. Take in as much information as you can.”

And what do you do next when you have all that checked off?

“A key component when it comes to investing in property is location,” says a property analyst.

“Is it in an attractive neighbourhood or city that people want to live or work in?”

He admits that finding a “good location” in a down market can be tough.

“Still, it’s not impossible. Look for locations where there’s employment growth and values are never stagnant.” 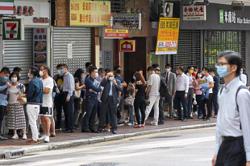