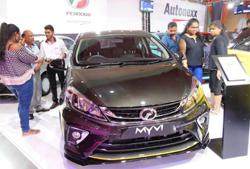 KUALA LUMPUR: The majority of shareholders of Med-Bumikar Mara Sdn Bhd have voted in favour to sell its 50.07% stake in listed auto group MBM Resources Bhd

According to sources, Med-Bumikar’s shareholders who collectively hold 52% of the outstanding shares voted in favour of the proposed sale during its extraordinary general meeting on Monday.

Earlier, it was reported that a group of minority shareholders staged a walkout at the meeting.

Besides Mara, six founding families each roughly hold an 11.6% stake in Med-Bumikar, which formed MBM as an investment holding company and grew it to be an automotive group with diverse investments in distributorship and dealership of major international vehicle brands and automotive parts manufacturing in Malaysia.

Meanwhile, UMW Holdings Bhd has extended the deadline to takeover MBM Resources Bhd by another six months. The offer was supposed to lapse on Monday.

UMW announced its intention to take over MBM Resources in a deal that will ultimately give it a controlling stake in carmaker Perodua. UMW Holdings currently owns a 38% stake in Perodua.