RHB Research expects Bursa Malaysia’s trading volumes to continue remaining robust ahead of the upcoming general election, following the pick-up in its securities average daily value (SADV) to RM2.7bil in the first quarter.

The research house, which retained its “buy” call on the counter, noted that the SADV, which was 14% higher quarter-on-quarter and 16% up year- on-year, was positive for Bursa Malaysia’s earnings.

“We believe trading volumes are likely to continue remaining robust ahead of the coming 14th general election (GE14),” the research house said.

It added that it expected the SADV to rise further in 2019 to RM2.8bil.

One of the contributing factors to this, it said, was the upcoming establishment of a stock market trading link between Bursa Malaysia and the Singapore stock exchange (SGX), which should help improve trading liquidity further.

RHB Research noted that if the sadv were to strengthen further, Bursa Malaysia could have a higher fair value.

For example, it said, if 2018 SADV were to be 20% higher at RM3.24bil, the company’s fair value could rise to a hypothetical RM10, all other factors being constant.

Factoring in the recent one-for-two bonus share issue, the research house raised its target price by 5% to RM8.50 from RM8.13, representing a 12% upside.

“Note that we do not expect the 2017 special dividend of 15 sen – which was based on the pre-bonus number of shares – to be repeated,” it said. 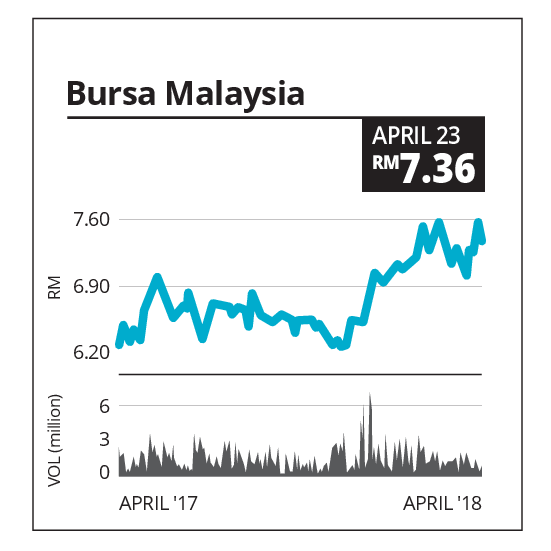 THE weighted average age of Sime Darby Plantation’s oil palm trees in Indonesia is about 14 years, which is slightly older than the group average of about 13 years.

Due to this, some estates in Indonesia have started their replanting programme at a faster rate, noted Affin Hwang Capital Research.

It said this, together with certain areas in Kalimantan having not fully recovered from the El Nino, caused the group’s FFB production in Indonesia for the first half of FY18 to be lower by 5% year on year 1.44mil tonnes.

The research house maintained its “hold” call on Sime Darby Plantation with an unchanged 12-month target price of RM5.35.

For the first half of FY18, the group’s Indonesia operations FFB yield was flat year on year at 8.91 tonnes/ha, which is lower than the 12.8 tonnes/ha in Malaysia and 9.76 tonnes/ha in Papua New Guinea.

While there is no problem sourcing for workers in Indonesia, the research house noted that the rising minimum wage is a concern.

“As such, more mechanisation needs to be put in place at the Indonesian operation.

“Failure to do so could lead to a higher cost of production in Indonesia,” it said. 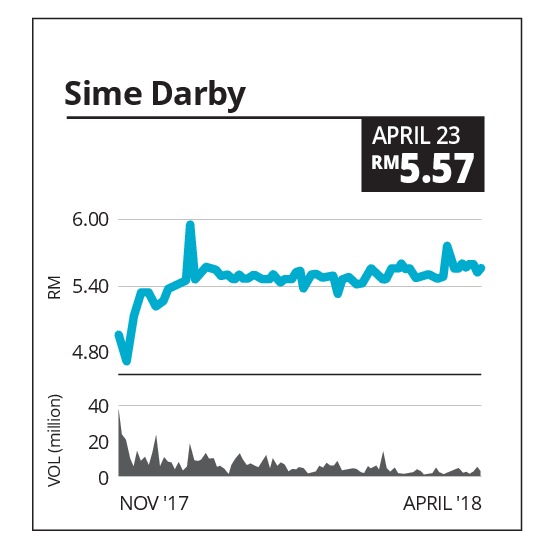 ON Thursday, Destini announced that it had accepted a letter of award from the Ministry of Defence for a RM138mil contract to provide maintenance, repair and overhaul (MRO) services and to supply safety and survival equipment to the Royal Malaysian Air Force (RMAF).

This is in addition to an existing RM98.2m MRO contract.

CIMB Research said this is a positive surprise given that the company had at end-2016 already secured from the Ministry of Defence an extension to its contract to provide MRO services to the RMAF.

“We understand that Destini is currently providing around RM100m MRO work for RMAF annually although the RMAF contract is valued at only RM98.2mil over three years. With the award of an additional RM138mil, we believe Destini should be generating even more RMAF MRO revenue from now on,” it said.

“With this development, we raise our assumption for RMAF MRO services revenue from RM100mil annually to RM130mil annually from this year onwards. We estimate that the pre-tax profit margin for MRO work is attractive for Destini, at 20-25%,” it added.

CIMB Research said that it is of the view that Destini’s well abandonment services division has great long-term potential.

It noted that 65% of Malaysia’s 300 platforms were older than the typical platform, which has a lifecycle of 25 years.

“We raise our FY18-20 forecast earnings per share by 7.9-10.3% to reflect likely higher RMAF MRO revenue from this year.

This lifts our target price from 74 sen to 80 sen, still based on 17.6 times 2019’s forecast price to earning ratio, a 20% discount to our target price basis of 22 times for Singapore’s ST Engineering to reflect Destini’s small market cap,” it said. 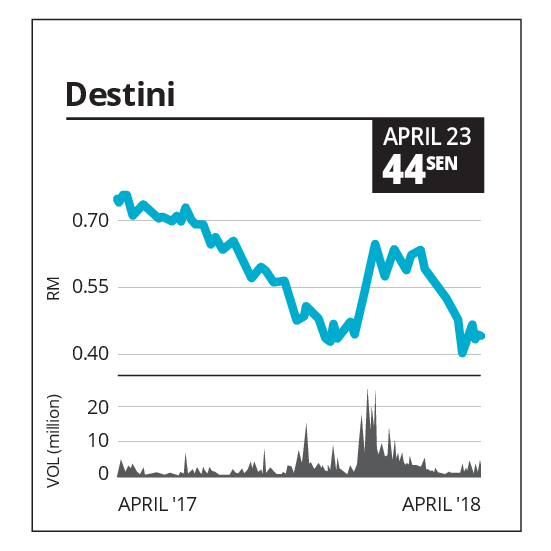 MAYBANK IB Research has raised its target price for Alliance Bank Bhd to RM5, a 30 sen increase, on a higher CY19 price-to-book value (PBV) peg of 1.3x from 1.2x previously.

This, it said, was in line with initiatives in the pipeline aimed at positioning the group for medium to long-term growth, which management targets to be 10% per annum on average over the next two to three years.

“Positively, this should also sustain return on equity (ROE) above 10% for the group over the medium term,” it said.

The research house also cited the bank’s “very healthy capital position” as a factor for the higher target price.

It maintained its “buy” call on the counter.

However, it noted that it had not accounted for restructuring costs of about RM36mil, which could lead to a 6% year on year contraction in reported net profit.

With the gradual contribution of these initiatives, the research house said management had guided for a net profit of RM530mil for FY19 and that its forecast of RM556mil is about 5% above this level.

It said that the bank also targets a two-year net profit compound annual growth rate (CAGR) of 10% thereafter and hopes to hit a net profit of RM700mil by FY22.

“Management guides for a 50 basis points impact to capital ratios on Day 1 post MFRS9 and more importantly, guidance is that credit cost is likely to remain below 30bps moving forward, which is of comfort,” it added. 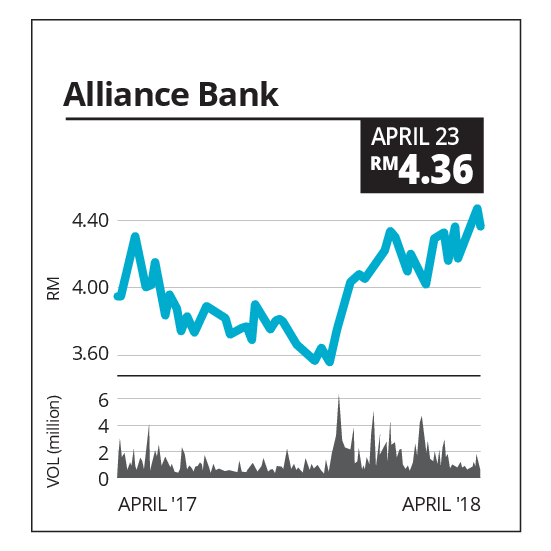