Getting women on board: Idris speaking during the dialogue session. With him is PwC Malaysia executive director (economics and policy) Marina Che Mokhtar. Idris says there is confusion between the role of the board and management.

PETALING JAYA: Among the reasons Malaysia has not achieved the Government’s target of having 30% women representation on the boards of its Top 100 listed companies is the unnecessary requirement for candidates with industry-specific expertise.

“Industry expertise and relevant experience is mandatory for those running the company, but it is not a requirement for those who sit on the board,” he told a dialogue session with the 30% Club, a business group aiming to break the glass ceiling for women in Malaysia’s largest firms.

He said there was often confusion between the role of the board and management, with many boards interfering with management.

The role of the board, he said, was only to hire the top management team, oversee financial reporting and disclosure processes.

In January, the Securities Commission (SC) said there were only seven large companies in the Top 100 listed companies with all-male boards.

Idris, who is co-chairman of Sunway Bhd

and sits on the board of Heineken Malaysia Bhd

, among other companies, said another barrier was the perception that there were not enough women who were trained to be board members.

He noted that over 1,000 women have been trained by the Malaysian Directors Academy and LeadWomen under the Women Directors Programme.

“So, claiming that there are no suitable candidates is not an excuse,” he said.

The 30% Club also has a mentorship programme through which it identifies capable women in top leadership positions and matches the mentees with mentors – usually corporate figures who currently or previously have held board positions – to guide and advise them.

Idris said another reason some boards were not receptive to bringing in women was that they were very comfortable with their existing members.

“This is not necessarily a barrier only for women, it applies to men as well.

“For the board, bringing in a person unknown to them can seem like a hindrance,” he said.

The prime minister had announced in 2011 a national policy of at least 30% of decision-making roles to be held by women, and this target has been met within the civil service and the top management of listed companies.

The Government aims for at least 30% of boards of directors in public-listed companies to be made up of women by 2020. 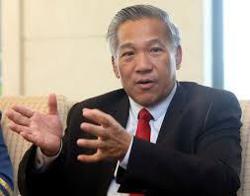