Malaysian gold jewellery exports to drop to RM4bil this year

GEORGE TOWN: The Penang Goldsmith Association (PGA) is projecting the value of Malaysia’s gold jewellery exports to be about RM4bil for 2018, a decline of about 40% from the RM6.7bil achieved in 2017.

PGA adviser Joeson Khor said the decline would be due to the recently imposed 5% value-added tax (VAT) in January 2018 by the UAE government.

“Last year, when the UAE government introduced the 5% import duty on gold jewellery products, the export from Malaysia to UAE dropped to RM3.54bil in 2017 from RM6.48bil in 2016.

“The import duty deterred purchasers in UAE from buying overseas gold jewellery products. The 5% VAT introduced in January 2018 would further dampen demand from the UAE,” he added.

In 2017, Malaysia imported some RM3.3bil worth of gold jewellery.

“We should see a 10% drop in imports this year, due to the restrained spending power of consumers,” Khor added.

According to Khor, the retail gold jewellery business would contract further in 2018.

“I don’t see any reason for the local gold jewellery retail sector to improve,” he added.

Khor said more than 60% of the 650 PGA members were small and medium-sized companies with an annual turnover of less than RM25mil.

Meanwhile, Public Gold Marketing Sdn Bhd executive chairman Datuk Louis Ng said there was a strong possibility that the interest rates in the US would increase in the near future and reduce interest in gold investments.

“When it does, those gold investors who had borrowed to invest in gold would have difficulty in holding on to their gold assets due to higher interest rates.

According to Ng, the prices of gold would hover between US$1,250 per ounce and US$1,350 per ounce this year.

Ng said the current support level was US$1,150 per ounce.

On Public Gold’s gold bar business, Ng said the company expected revenue to remain at about RM250mil for 2018, which was more or less the same as in 2017.

“Since 2015, the company’s revenue has remained at the RM250mil per annum level. There is little interest in gold investments because gold price is still consolidating at around US$1,300 per ounce.

“The price of gold must hit at least US$1,400 per ounce for interest in gold investment to pick up,” Ng said.

According to a World Gold Council report, the global gold demand in 2017 fell by 7% to 4,071.7 tonnes compared with 2016 due to lower inflow into exchange-traded fund (ETF).

An ETF fund owns underlying assets such as shares of stock, bonds, oil futures, gold bars, and foreign currency, and divides ownership of those assets into shares. 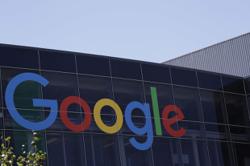 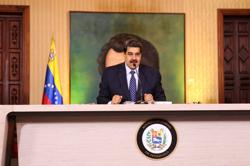