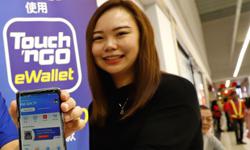 The rate hike is positive for banks, as the upward re-pricing of the lending rates have historically been higher than the increase in deposit rates, leading to potential expansion in banks

KUALA LUMPUR:  CIMB Equities Research sees the Overnight Policy Rate (OPR) hike as positive for banks, as the upward re-pricing of lending rates have historically been higher than the increase in deposit rates, leading to potential expansion in banks’ margins. Semiconductor players are also beneficiaries as they are in net cash.

In its strategy report issued on Friday, it said the rate hikes are negative for cyclical sectors such as property, auto as well as consumer due to lower disposable income.

“It is also negative for companies with high gearing in ringgit borrowings as it will result in higher interest expense.

“We are keeping to our KLCI target of 1,880 (15.9 times forward P/E) despite the rate hike as we expect the potential positive impact on banks to partially offset the higher interest costs from the rest of the sector,” it said.

“However, this is not always the case as we noted that the KLCI uptrend remained intact when interest rates were raised in 2010, 2011 and 2014.

"We are of the view that the market will be able to digest the 25bp OPR hike as we estimate net gearing for corporate Malaysia is only 24.6%, while the positive earnings impact on banks should more than offset the negative impact on the other sectors,” it said.

Below is CIMB Research's report on the winners and losers from the rate hike:

We think the rate hike would be slightly negative for the agribusiness sector due to higher borrowing costs. However, we estimate the impact from a 25bp hike to be marginal on the plantation companies under our coverage, ranging from nil to 3%.

For FGV, 83% of total debt is denominated in RM and its net gearing level was 42.3% as at Sep 2017. The group did not provide the breakdown of its debt between fixed and floating.

Assuming 50% of its total debt is floating interest rate, we estimate the 25bp rate hike could impact its FY18 net profit by 3%.

The earnings impact for the rest of the plantation companies from the 25bp interest rate hike is less than 1% due to either: (1) bulk of their loans being US$ denominated or (2) their gearing level is low.

We see the recent 25bp rate hike as negative for the total industry volume in 2018 given that it could affect consumer affordability, especially in the mass
market segment and lead to more stringent loan approvals by the banks.

We think Proton and Perodua could be affected by this given their exposure to the mass market.  In addition, the sector will also be impacted by expected higher interest cost given the high gearing level for most companies, except Bermaz.

Although DRBHicom is likely to be the most impacted on absolute value of about RM12m from the 25bp hike in interest cost, the impact on its net profit is estimated to be less than 3%.

However, we see a potential 15% impact on Tan Chong’s earnings in FY18F from a 25bp hike in interest expense due to its lower earnings base. We expect the Tan Chong group to break even in FY19F.

The rate hike is positive for banks, as the upward re-pricing of the lending rates have historically been higher than the increase in deposit rates, leading to potential expansion in banks’ margins.

Based on our simulation, a 25bp hike in OPR could increase our FY18-19F net profit forecasts for the banking sector by circa 4% (assuming full-year impact).

This is based on the assumption of a 25bp increase in lending rates and an average of 22bp rise in FD rates following the 25bp hike in OPR.

We do not expect the 25bp hike in OPR to have a significant impact on banks’ loan growth and asset quality.

Our analysis revealed that Alliance could be the biggest beneficiary of the rate hike among full-fledged Malaysian banks.

We estimate that the 25bp hike in OPR could raise its FY19F net profit by about 8.2%. This is underpinned by its high proportion of floating-rate loans (at about 89% of its total loans for FY19F).

RHB Bank is the next biggest beneficiary, with an estimated impact of circa 6% on its FY18-19F net profit from the 25bp OPR hike, based on our estimate.

Contractors and building material companies under our coverage will be negatively impacted by the 25bp rate hike in 2018 due to higher borrowing costs.

Based on our sensitivity analysis, a 25bp rate hike would reduce our FY18 EPS by between 1% and 2% for big cap diversified contractors as a large proportion of their total debt is on a fixed rate tenure.

For small-mid cap players in our coverage, a 25bp rate hike would impact FY18 EPS by 2-3%.

We project the 25bp rate hike to have a minimal impact on our RNAV valuations for the contractors under coverage.

We think that the rate hike would be an overall negative on the consumer sector.

Most of the consumer companies are either in net cash or possess net gearing of <20%, which would translate into higher interest income (for net cash companies) and slightly <1% impact on profitability for those with borrowings.

We think that the bigger impact would stem from the higher interest costs that consumers have to fork out and thus, this would affect the consumer companies' topline as consumer scale back on their purchases in view of the higher cost of living.

We estimate the 25bp rate hike could reduce Sasbadi’s 2018 EPS by 0.7% due to higher borrowing costs. The rate hike is not expected to have a significant impact on Prestariang as the group plans to finance the Skin project via bond issue (fixed interest rate) while operations ex-SKIN are net cash.

The overall hike in interest rates would be an overall negative for the NFO sector but neutral for the gaming sector (i.e. casino players).

Genting is currently in net cash and this would be an overall positive as it would translate into higher interest income while Genting Malaysia is only slightly geared at 0.03x (as at end-3QFY17). Thus, this would be overall neutral for both companies.

As for the NFO sector, a 25bp rate hike would result in a net increase in interest costs and thus impact bottomline by <1%. However, we think that it would also indirectly impact the NFOs as consumers may turn to the illegal market to look for cheaper alternatives given the increased cost of living.

Overall, the rate hike would be negative for healthcare stocks as KPJ and Pharmaniaga

have a gearing level of 1x and 0.7x, respectively.

We estimate the potential negative impact on the healthcare stocks from higher borrowing costs from these two stocks to be less than 1%. YSP is in a net cash position and could be a slight beneficiary of the 25bp hike.

We see the recent 25bp rate hike as neutral for the media sector. Star and MCIL are in a net cash position, while Astro

and Media Prima have a net debt position. Overall, we expect the 25bp rate hike to have less than 1% net profit impact on the media companies.

Most companies are not affected by changes in Malaysian interest rates, as their borrowings are largely US$-denominated.

About 55% of Bumi Armada

's borrowings are floating-rate loans, and virtually all of the floating rate loans are denominated in US$; as such, it is largely unaffected by Bank Negara's rate increases.

More than half of Dialog's floating rate loans (which are a mix of ringgit and US$ loans) have been swapped to fixed rates, hence, the impact of any rise in interest rates is immaterial to its earnings.

UMW-OG's floating-rate borrowings are predominantly denominated in US$, hence are affected only by US$ rate increases.

Virtually all of Yinson

's borrowings are in US$, and have been swapped to fixed rates, or were originally fixed-rate loans.

The company that will suffer most is Sapura Energy

, as about 35% of its borrowings are denominated in ringgit and are on floating interest rates.

A 25bp hike in Malaysian borrowing rates may raise interest expense by RM15m. We forecast Sapura Energy to deliver a core net loss of RM223m in FY1/19F.

and Tomypak and this could lead to a 2.53.0% net profit decline in their net profit.
Daibochi geared up for its new Myanmar JV while Tomypak geared up to partially finance the capex for the new factory.

The higher interest rates should benefit Thong Guan Industries slightly as it is in a net cash position.

We believe this will be negative for the property developers, as this will further dampen home buyers’ sentiment to purchase properties.

For instance, a 25bp increase in OPR will likely lead to a 20-30bp increase in a floating mortgage loan rate, causing the purchaser to pay an extra RM60-70 per month on a loan of RM500,000.

We believe there will be ‘knee-jerk’ reaction from buyers as they will need to fork out extra money in order to own a property.

Most of the developers are in a net cash position or only have minimal borrowings, hence we do not expect the OPR hike to impact their earnings. For developers with higher gearing level such as Eco World Development and Eastern & Oriental, the direct impact on earnings is minimal as most of the borrowings are capitalised.

Any hike in OPR is negative for Malaysian REITs (M-REITs). In theory, an increase in OPR rate would put upward pressure on the 10-year Malaysian Government Securities’ (MGS) yield, hence narrowing the yield spread between M-REITs’ yields with the MGS.

However, taking a cue from the past, we note that the market should begin to price in the OPR hike into the MGS yield curve following the hint by the central bank of such a possibility.

Since the MPC meeting on 9 Nov 2017 in which BNM signalled a potential hike, the MGS yield rose from c.4.03% to the current levels of c.3.93% (although we note it was on an uptrend a week after the MPC meeting in Nov).

Furthermore, there should be some uptick in interest cost for borrowings but we believe the impact would be cushioned as most M-REITs have their borrowings on fixed rates with long-term tenures, except for Axis REIT and Pavilion REIT. Our estimation shows that an increase of 25bp in OPR would impact M-REITs earnings by less than c.1.5%.