PETALING JAYA: Roomie, a mobile app which provides hotel guests access to services via their smart devices, is a relatively new kid on the block operating in a market that appears to be overcrowded.

“To ensure the success of the app and platform, our strategy is simple – we focus our resources on signing up the large hotel groups,” he said.

Goh himself is not completely new to the IT and hospitality industries as he has been CEO at Select TV, an end-to-end Internet Protocol Television solutions provider since 2003.

Roomie is a subsidiary of Select TV, whose solutions are mainly focused on the hospitality sector. “Roomie is basically our response to all the knowledge we have gained through these years,” Goh said.

Although the Roomie app is fairly new in itself, it already has about 30,000 rooms currently using the app – from Malaysia all the way to Austria, Brazil and North America, Goh pointed out, riding on Select TV’s experience in the industry.

“We are therefore very confident of the app’s stability, robustness and scalability.”

He said that over the next one year, the key strategy for Roomie is to “sign up large hotel groups especially in the global markets and have Roomie used in as many hotels as possible”.

“Roomie has also initiated discussions with content providers such as Netflix and Hulu to bring their content to hotel rooms globally.

“The main target over the next one year is for Roomie to become the go-to platform for hotels in terms of guest engagement and also room content,” said Goh.

He is not the only one who appears to be optimistic about Roomie. State-owned Malaysia Venture Capital Management Bhd (Mavcap) also shares his enthusiasm.

CEO Jamaludin Bujang said recognising the strong potential of Select TV, Mavcap first invested in the company in 2010, to help facilitate the expansion of the business.

“Since then, Select TV has grown immensely to become a notable player in Asia-Pacific, providing leading innovative solutions for the hospitality sector.”

“With its latest innovation, Roomie, Select TV is bringing together the experience and knowledge it has gained in the hospitality industry involving guest technologies, content and services to launch this mobile app.”

There’s no figure as to how much Mavcap has so far invested in Select TV but Jamaludin said that it is “committed to supporting promising companies by providing not only funding, but also facilitating know-how and market access on a regional scale”.

Some of Roomie’s current clients include the Wyndham Hotels in the United States, which has started implementing the use of the app at its hotels.

Goh said the company would continuously add key features into its app.

“We have just launched our notification feature allowing hotels to reach out to guests even after they have left the hotel for a day out. That has been well received by our hotel customers.” 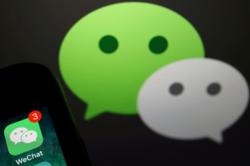 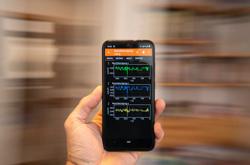 This app lets you run experiments using your smartphone's sensors 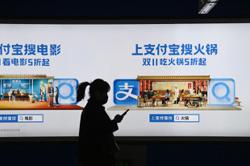