The focus of the second generation is to put a framework of corporate governance and professional managers at the group’s key divisions.

> Brothers who control the group will give strategic input

> New businesses to add to automotive and property divisions

Interview with [L-R] SM Faliq, Datuk SM Faisal and SM Nasarudin on the future direction of the group at Naza Tower. AZMAN GHANI / The Star

IT is on the 47th floor of Naza Tower that the executors of the Naza business empire meet to conduct most of the family’s business matters.

The new edifice of the Naza business empire is a symbol of the group’s progress and success, and is a leap from the more humble surroundings of Wisma Naza in Kampung Baru built by their late father and business tycoon Tan Sri SM Nasimuddin SM Amin.

Naza Tower has an unobstructed view of KLCC and opened in November 2015. The three brothers managing the business – Datuk Wira SM Faisal SM Nasimuddin, SM Nasarudin SM Nasimuddin and SM Faliq SM Nasimuddin – moved in just recently to occupy one of the upper floors of the award-winning tower, where they strategise and decide on the future direction of the sprawling group.

The relocation to a common office is significant for the brothers and heirs to the empire. Having all three around smoothens the decision-making of a vast business empire that their father built with just RM30,000 in the early 1970s.

The brothers do share a common interest: making sure that not only the legacy of what their father had built survives, but also ensuring that the group continues to grow and prosper. So, do not count on this family business, going by a famous Chinese saying, lasting less than three generations.

Faisal, who is the eldest brother at 38 years of age, says all three of them do discuss things openly.

“Being transparent is important and it is for the benefit of the family. It is very important to stay united,” he says in an interview with StarBizWeek.

Faliq, 32, who is the youngest of the three, concurs, saying it is important for them to have understanding so that there are no hidden agendas or worries between them.

“We have a group chat called ‘Brothers’. We can send anything we want to each other.”

Nasarudin, 34, says the brothers do meet often to talk about work and since they share a common office, handling company business is easier, as they can engage with the management team of the respective companies to discuss what to do next.

“We had too many layers and are now trying to integrate certain areas to improve efficiency and decision-making,” says Faliq.

Their personalities too play off each other perfectly, they say. Faliq says he is the most animated, often shooting off a long text to his two other brothers on any subject that concerns him.

Nasarudin, who is the second eldest son, says Faisal is the one who reasons things out.

But all three do have one thing in common. Thrusted into the business empire at a very young age, they had to learn the ropes of the business on the go.

The receding hairlines of two of the brothers testify to the stress and demands of running a business empire from almost scratch, and they had to pay their dues or “tuition fees” as Faliq calls it.

While friends of the family helped in the early years by giving sagely advice when needed, most of the business acumen accrued over the nine years since their father’s passing has been learnt the old-fashioned way.

“When I started, I was 22 and the family made me the CEO (of the property business) at 23,” says Faliq. “I was very young and did not know anything and had to take on a lot of developments during my time. “In a way, you learn along the way and I have learnt a lot. For me, it is very important.”

Nasarudin agrees, saying they had to be hands-on in the initial years.

“Now we have professional CEOs with performance-based KPIs. As owners, we are hands-on but we trust the professionals and they have to perform.”

Continuing the legacy of what their father had built is important for the brothers, but in order to see growth, they had to chart a new future for the Naza group.

The focus of the second generation was to put a framework of corporate governance and professional managers in place at the key business divisions of the group.

Nasarudin says his late father had about 100 active companies when he passed away and the group had no holding company. The problem they faced was the need to consolidate everything over the past seven years and put the right structure in place.

“As a family, we wanted to make sure the longevity of the business was there. We had to establish the right framework not only for our generation but also for the future generations to come. It had to be run professionally,” he says.

“The late founder invested in so many things and part of the family’s second generation is that we sat down and realigned the businesses and what we felt could grow, kept it as a tier-1 or tier-2 business,” he says.

As they knew what their core competencies were early on, some businesses like the hotels they owned were something the brothers decided to sell about four years ago.

“Divesting and reinvesting has to deal with the dynamics of the situation. We don’t mind reinvesting in hotels if there is big demand, but at that time, we felt it was a headache for us. We did not have the right team monitoring the hotel business,” Nasarudin says.

As they streamlined the group, the brothers knew that as the business climate changed, other new growth avenues would open up.

The automotive business remains the mainstay of the group but the business, like the industry, has suffered with the downturn in car sales.

At the end of last year, the automotive division’s revenue was RM2.66bil, down from the RM3.5bil registered in 2015.

“Moving forward, the business is going to be more integrated. With technology, it is all interlinked, especially with the leasing and car sharing we are going to do. It is important for us to buff up both sides (the franchise and used cars) to support the industry, moving forward.

“We have to support the infrastructure on used cars to make it clearer for buyers,” he says.

The brothers mince no words when expressing the desire for its principals, especially Kia and Peugeot, to take a larger role in the car business in Malaysia and eventually in Asean.

With each business now on a five-year roadmap in terms of the direction they are headed, Naza wants the principals it is in business with to have equity partnerships with the group.

They say that the longevity of the auto business is more secured when the principal buys into the business, and discussions have branched out to car models and exports but equity participation is not being discussed yet.

“We have our own strengths that can complement our principals. We can also get involved in the regional vision as well,” Nasarudin says.

Apart from the auto business, which accounts for 60% of group revenue, the group’s other large business interest is in property development.

That division, headed by Faliq, has seen sales rise from RM200mil to about RM1bil and is said to be valued at RM3.5bil – ripe for a listing on the stock exchange.

“As shareholders, we have done our part. We have invested in the company, brought projects in, increased the value of the company and now it is about growing the business,” he says.

With the property market in a slump in Malaysia, Faliq wants his team at Naza TTDI, the property arm, to look overseas for opportunities. The group is also looking at executing a landbanking strategy in order to capture valuable plots of land that can serve the division when sentiment improves.

The property arm is ripe for a listing, but the market conditions have made the decision to go ahead dicey at the moment.

It has 400 acres of land for mixed integrated development in the Klang Valley, but the weak sentiment in the domestic market has forced it to look abroad for opportunities.

“We are sitting on very strategic land bank and with Platinum Park, we are the second-largest land owner at KLCC. At KL Metropolis, we are sitting on over 70 acres. When it comes to prime land, we are taking our time in realising that value,” says Faliq.

Naza TTDI’s ability as a property developer was displayed after it built and delivered the Malaysian International Trade and Exhibition Centre to the government on time. The largest convention centre in the country, with one million square feet of space and built at a cost of RM628mil, is now managed by the Naza group.

Apart from automotive and property, the group has ventured into engineering and construction, telecommunications infrastructure and the agriculture sector.

One thing the brothers, like every savvy businessman, know is that there is a price for every business.

They have restructured group operations where they will sit as shareholders, guiding management to achieve the targets set by them.

“If we as a family are too emotional about certain businesses and do not want to invest in other areas, then we will be stuck in this situation. We have to be careful and if there comes a time to extract value, we should do it and invest in other businesses,” says Faisal.

Each of the business divisions of the group are under a three to five-year roadmap. It is during that time that management of those businesses has to demonstrate that more value can be created after that time period.

Failing which, the group is open to either listing the divisions under the holding company, or seeing private equity entering and taking a slice of those operations.

“We are very much focused on our core businesses but when opportunity arises, we do go into other areas. We are a private business and that doesn’t mean that just because we are spending a bit more time on construction, we are not focused on automotive,” says Faisal.

“We are a conglomerate and we have to look at other businesses.”

Being relatively younger than their peers means that the current bosses of the Naza group have a natural affinity with the younger generation. With a group that now has just about 3,000 employees, which was done on purpose to keep head count low and improve productivity, the brothers’ active presence on social media also has led to a connection with a lot of younger Malaysians.

As example, about 400,000 people wanted to volunteer to have some sort of role in the recent Sea Games, which the Naza group was a sponsor of.

“If we are running the operations full-time, we will never be able to do the PR work we are doing here,” says Nasarudin, who, along with his brothers, has espoused the need for them to drive strategy while leaving operations to management and the board of the individual divisions within the group. 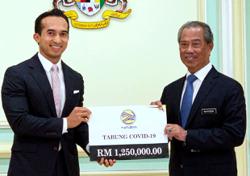 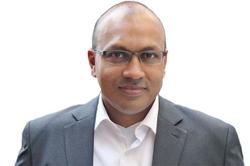 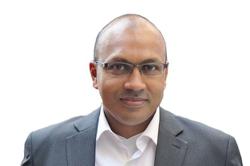