KUALA LUMPUR: A 30-year auto veteran Dr Li Chunrong, will be the first non-Malaysian to lead Proton Group's manufacturing arm since the national car maker was set up in 1983.

Li will assume the role of Perusahaan Otomobil National Sdn Bhd (PONSB) CEO beginning Oct 1 and he will be instrumental in working on jointly developed vehicles for Proton.

His appointment  follows the departure of Datuk Ahmad Fuaad Kenali, which takes effect on Sept 30.

Li has 30 years of experience in the automotive industry and has worked with major international brands such as Honda, Kia, and Dongfeng, in various high level roles.

The first of the jointly developed vehicles for Proton will be a mid-sized sports utility vehicle (SUV), the first time that Proton has entered into this hotly-contested segment.

Current PONSB deputy CEO Datuk Radzaif Mohammed will support Dr Li and will lead in the revitalisation plan for PROTON together.

Li said he was nominated by both DRB-Hicom and Geely Holdings to turn around Proton and "I believe the Malaysian car brand will soon be the number one domestic brand and a leading Asean brand".

"To make this vision happen, Proton now has access to the global synergies, expertise and financial support it needs from the Geely family. I firmly believe that Proton's best day;s are ahead of it," said Li.

All five nominees will also sit on the PONSB board, along with Geely international business vice president Dr Nathan Yu Ning and former Skoda Auto chairman and CEO Winfried Vahland. 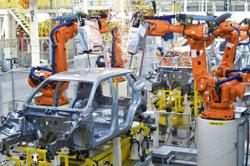 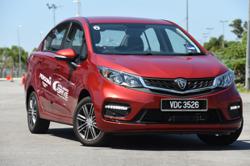