MDV to finance more than 300 firms with new RM4bil fund

KUALA LUMPUR: Malaysia Debt Ventures Bhd (MDV) aims to finance the operations of more than 300 companies over the next 20 years via potential disbursements amounting to RM4bil raised through its newly-launched third fund.

Managing director/chief executive officer Datuk Md Zubir Ansori Yahaya said the fund, to be raised via Islamic Medium-Term Notes (iMTN), was expected to finance between 400-500 projects, mostly in the 4.0 Industry.

“This time around, we will focus (disbursements) on new technologies, namely artificial intelligence, virtual reality, augmented reality and the 4D printing, among others.

“We are also trying to fund the earlier stage companies with good ideas and business plans,” he told reporters after the launching of the fund by Second Finance Minister Datuk Seri Johari Abdul Ghani here yesterday.

For the third fund, Zubir said MDV had already identified 15 companies, with about RM100mil worth of projects in hand, ranging from 3D printing, robotics, e-commerce and others, that would receive disbursements over the next six months.

Meanwhile, Johari said the new fund reflected the government’s continued endorsement and confidence in the way MDV managed both its funds, namely the RM1.6bil sourced from the Japanese Bank of International Cooperation in 2002 and the issuance of RM1.5bil in iMTN in 2008.

“As technology-based projects are deemed high risk, traditional modes of financing are hard to secure.

“However, the government believes that such projects hold great promise of success and carry an immense potential to contribute to the economy.

“This is precisely the reason why the government believes that alternative funding must be made available for these companies to ensure that they are able to develop and grow to their utmost potential,” he said in his opening speech.

With the launch of the third fund, Johari said MDV would be able to continue its role in financing the technology sector and ensure that companies continue to have adequate funding to meet their mandate in supporting Malaysia’s technology agenda.

Since its inception in 2002, MDV had disbursed more than RM11 billion in financing to more than 680 technology companies, enabling them to complete and deliver about 773 projects in various technology areas.

Small and medium enterprises accounted for 82% of companies that received financing and 68% of the total were Bumiputra companies. — Bernama 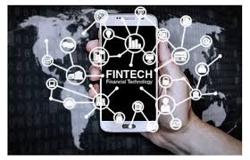