Major contributor: The export sales of rubber gloves accounted for over 70 of the country’s total exports of rubber products.

Speaking at a meeting with leaders from the rubber industry, he said: “The high export growth in the first six months of 2017 signalled that the rubber glove sector is on track to record an outstanding new high in export sales of RM16bil for the full year of 2017.

Mah believes the local industry is on track to secure at least 65% share of global rubber glove exports by 2020.

This is given that the industry is expanding its production capacity and improving manufacturing processes to meet growing demand for higher quality medical gloves in major emerging markets.

The Ministry of Plantation Industries and Commodities and the Malaysian Rubber Export Promotion Council expects world demand for rubber gloves to increase from 211 billion pieces in 2016 to 287 billion pieces by 2020. 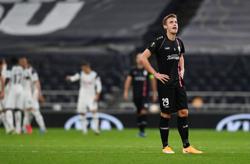