The e-wallet race hots up

ELECTRONIC wallets (e-wallets) are all the rage in countries like India and China but only make up a small presence in Malaysia.

And yet, a race has begun for e-wallet operators to gain a strong foothold in the market.

This week a significant deal was inked – Touch ‘n Go (TNG) teamed up with global player Ant Financial that operates the Alipay e-wallet in China mostly. That TNG has 10 million cards issued in Malaysia and is majority owned by one of the largest banking groups in Malaysia, namely CIMB Group Holdings Bhd

is a big deal, says an industry player.

“You could say the deal adds impetus to the rest of us to get cracking to fight for this market.”

E-wallets are essentially apps residing on your mobile device that can be loaded with money and used to pay for goods and services as long as merchants accept that payment method.

The usage of such mobile payment systems are welcomed as part of the global move towards cashless societies, a direction most central banks are increasingly pushing for as it costs a lot to keep cash in circulation. The digitisation of money is also safer and cheaper to manage and promotes financial inclusion and weeds out corruption.

In Malaysia, the ratio of currency-in-circulation versus GDP stands higher than that of advanced economies.

To be sure, the move towards the use of debit cards was and continues to be a key move towards using less cash.

E-wallets are also ideally suitable for small or micro transactions.

An oft-cited anecdote of these digital payments are that they are used even by chai-wallahs in India. And in China, some beggars have started using QR codes to collect their alms.

But while e-wallets issued by giants such as Alipay and Wechatpay in China and Paytm in India have a large user base with billions of dollars being transacted via those systems, it is not going to take off like wildfire in markets like Malaysia.

And here’s the reason why: the market is already well served by banks and most Malaysians have at least a debit card to use. Cash is also widely available and accepted.

“The main competition to e-wallets here is simply debit cards, at least for now,” says a banker.

In other words, it is going to take a lot of convincing for users to begin downloading and using e-wallets. So why bother?

The banks, not wanting to miss out on the e-wallet wave, are clear that it is something they have to do.

“It (the e-wallet) is a growing trend because of its ease of use. Banks issuing e-wallets are readying to respond to customer’s needs,” says a banker.

The team comprising CIMB and TNG officials had worked with Ant Financial for almost a year to seal this deal. CIMB owns 52% of TNG while MTD Capital Bhd and PLUS Expressways Bhd own 28% and 20% respectively. The deal also marks the seriousness of CIMB Bank’s move into the fintech space.

In April, CIMB Group chief executive officer Tengku Datuk Seri Zafrul Aziz said the bank was prepared to “invest significantly in fintech propositions that will add value and enhance the customer experience” of their 12 million customers across the region.

“While the digital platform that we will build will be open to integration with all other financial institutions here, the partnership with Ant Financial to build a specific e-wallet component for Malaysia is exclusive to TNG,” Effendy said.

He stressed that the partnership was synergistic in many ways. “We feel that the joint venture will have a competitive advantage, leveraging on TNG’s strong domestic presence and adding a proven technology platform in the form of Alipay.”

Ant Financial has inked similar deals with a number of institutions in a few countries in the region, such as Emtek Group in Indonesia, CP Group’s Ascend Money in Thailand, Paytm in India, Kakao Pay Corp in South Korea and Mynt in the Philippines.

The need to woo customers

All e-wallet issuers will have to invest to win over customers. For the TNG/Alipay venture, for example, merely having 10 million TNG cards in issuance does not automatically translate into the venture securing users for its e-wallets. What TNG would need to do is convince customers to download the e-wallet into their mobile devices and start using it. That is essentially the challenge for all e-wallet issuers.

Industry experts say it will take a lot of encouragement in the form of incentives and other sweeteners to attract users to e-wallets.

But the returns could be potentially lucrative. E-wallet issuers get to enjoy a mouth-watering prospect – the float of money in the accounts. This is now a well document story of how Alipay had access to hoards of cash that sat in the e-wallets of its millions of users, an unintended bonus that enabled them to make lots of money from the interest accrued.

The huge amount of float, some argue, could be lead to the e-wallet operator to have a bank-like balance sheet.

But one banker argues that the days of this “free float” are coming to an end.

“The next evolution in this game will be synching the e-wallets to the bank accounts of users. This means that there will not be a reason to ‘top up’ your e-wallet anymore, rather it would be a direct deduction from the users’ savings account sitting in a bank. This, he argues, means there will hardly be a float left for e-wallet operators. So, why chase the e-wallet game then? The answer lies in eco system ownership and big data, a term used to describe the large amount of data pooled from users, which in turn can be monetised through targeted marketing efforts.

Considering it is early days, it is hard to tell who will concur the e-wallet space. Five Malaysian banks and as many as 23 non-bank entities hold e-money licences issued by Bank Negara which are allowed to issue e-wallets. Not many of them are active in the e-wallet space, and are focused instead on loyalty and petrol cards.

The big boys are in the game. Malayan Banking Bhd

Maybank says the transactions and usage of its mobile wallets are growing by more than 50% annually, a much higher pace than its growth of credit and debit cards although the latter still accounts for the bulk of non-cash transactions.

Then there are the China giants. Even before Alipay announced its tie-up with TNG, Tencent Holdings Ltd said it had applied for a licence in Malaysia to offer local payment services via its WeChatPay, in what would be a first for the platform outside of China.

The advantage WeChat has is that many Malaysians already use this messaging app, meaning that they merely need to be convinced to switch on their payment function and use it in outlets in Malaysia.

Niche players are also getting into the scene. For example, a brand called Kiple is being trialled in the food and beverage (F&B) and services space, with close to 1,000 outlets in the Klang Valley accepting payment via this e-wallet.

, the licensed issuer of the Kiple e-wallet says it is not just about making ease of payment but building a collaborative ecosystem to benefit both consumers and merchants. We are building a platform for continued patronage, ease of use, tracking and relevant rewards among others.”

He adds that the winners will be those who offer a better service and value add both to the consumer and merchants. 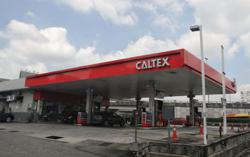