KUALA LUMPUR: Asean members will have to approach negotiations with China over its Belt and Road Initiative (BRI) on a country-to-country basis versus as a group.

The BRI, spanning about 65 countries, includes a development strategy to link the land-based Silk Road Economic Belt and the oceangoing Maritime Silk Road.

According to Hong Kong-based Asia-analytica managing director Pauline Loong, also a senior fellow of the CIMB Asean Research Institute, BRI projects will be negotiated on a country-to-country basis versus Asean as a group, as infrastructure projects are usually located in one country.

“It makes no sense to negotiate except on a bilateral basis,” she told StarBiz via e-mail.

Loong pointed out that trade could either be negotiated on a multilateral basis or bilaterally, depending on the aim of the trade deal.

A notable trade deal that was negotiated on a multilateral basis was the free trade agreement between China and Asean that came into force in 2010.

Loong said Asean governments have to also focus on individual deals and projects as there were no generic BRI risks and rewards. 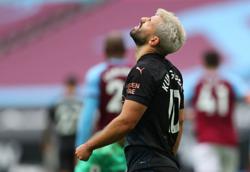