Auto insurance: While the impact of gradual liberalisation is not yet seen in the financials of insurers, most investors who have positions on insurance companies have voiced their concern.

INSURERS have been put in the spotlight following recent moves by Bank Negara to liberalise the automotive insurance industry.

Companies that are able to take advantage of this new industry landscape will be the winners.

However, the development is new and has yet to fully pan out, with analysts saying that stock prices have yet to fully reflect this new scenario.

Commenting on this matter, Affin Hwang Capital Research insurance industry analyst Loh Jia Ying says that while the impact of gradual liberalisation is not yet seen in financials, most investors who have positions on insurance companies have voiced their concern.

He reckons that there will be no price war but there will be some sort of increased competition when there is a certain level of flexibility in terms of pricing.

“To me a positive or negative 10% difference in insurance premiums would not be huge for the industry now. It may not be big now but in a few years the band may be widened.

“But then again, I am using logic and rationale to predict and we sometimes cannot predict how it would play out when the actual situation happens,” Loh says.

He also notes that the motor insurance segment’s profit margins for the industry are not high to start with judging from industry statistics.

“Many in the motor insurance sector are loss making segment due to high claims. But a number of bigger players are profitable, enjoying profit margins at about 10%. So would it make sense to cut prices by 10% to go to zero margins?

“It wouldn’t make business sense unless you are willing to accept a low margin to sustain customers,” he says.

Loh also notes that with the risk based capital framework in place, that insurers must have sufficient capital buffers if they would like to increase their market share.

He also notes that the country’s consumer awareness towards insurance products are not very high so they might be some “stickiness” or loyalty to a certain brand that they are with.

Another analyst says it would be interesting to see how the scenario of detariffication would pan out with the Competition Act in play. The Act is enforced by the Malaysia Competition Commission.

Essentially, the competition rules would prohibit practises such as collusion and other anti competitive behaviour.

Insurers themselves seem to be confident of adapting to this new competitive environment considering that the liberalisation would be phased and be opened up at a gradual pace.

Commenting on this, Allianz Malaysia Bhd

said earlier in the week that in a full-fledged liberalised market, insurers will move from rule-based underwriting systems to risk-based decision-making structure.

“Premium rates can be capped at +10% or -10% of the premium that you would have been charged by the same insurer upon renewal. Over time, the cap will gradually increase and eventually be removed completely, thus achieving a fully liberalised motor and fire insurance,” he says.

“Besides that, under the phased liberalisation of the motor insurance, only the third party policy will still be subjected to tariffs or fixed premium pricing,” Tan adds.

He says that in a risk based pricing environment, insurers can determine the premiums one would pay for their policy based on risks.

“They include anything from gender, occupation, driving experience, car make and model, place of residence and even one’s claims history. In short, the more positive the risk factors in one’s profile, the more likely one would enjoy a lower premium,” Tan says.

He says this development signifies free competition, more product differentiation, fairly-priced premiums and a lot of emphasis on customer satisfaction.

On the Bursa Malaysia there are five pure play insurers that are public listed and these are: Allianz Malaysia Bhd, LPI Capital Bhd

With the exception of Takaful, P&O and TunePro which saw muted or negative gains this year; stock prices of Allianz and LPI have risen instead.

He notes that the life insurance unit is expected to see a rising contribution to the pretax profits to be underpinned by attractive demographic trends and the roll out of new products.

Loh says he is expecting earnings to grow mainly from the life insurance side.

Thus growth momentum would be driven by the life insurance industry,” he says.

Affin Hwang Capital rates the stock an outperform with a target price of RM16.30.

While most analysts were bullish on Allianz, the same cannot be said for LPI which mostly had neutral calls by analysts on its stock.

In a recent report in conjunction with its results, MIDF Research says it does not expect any further upside to its share price given the uncertainty surrounding the impact of the implementation of the second phase of motor insurance detariffication.

MIDF Research downgraded LPI to a neutral with a target price of RM18.78. 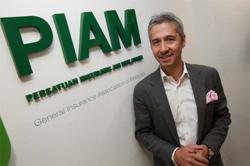 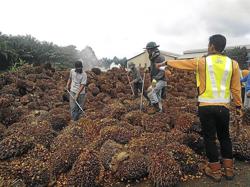