Visionary push for another corridor

MALAYSIA is increasingly sounding like a country of economic corridors. And going by size, the latest inclusion in the corridor list is no small deal.

Called the Malaysia Vision Valley (MVV), it will span 379,000 acres, or twice the size of Singapore, and is focused on a variety of industries, including healthcare, education and tourism. It is located in Negri Sembilan, bordering Selangor.

But is the MVV yet another grandiose idea that will struggle to take off?

According to its advisers, they are already in serious talks with big-name organisations from across the globe. Among them are said to be the United States’ Mayo Clinic, a world-renowned medical and research facility, and Flex, formerly known as Flextronics International Ltd, a major electronics manufacturer.

MVV will become the sixth economic corridor in the country, but with one notable difference – it will be private sector-led. With groundwork expected to begin on the industrial park parcel in the first quarter of next year, Boston Design Group president Lawrence A. Chan presented the master plan to the MVV steering committee for approval on May 4.

An architect and urban planner by training, Boston-based Chan was brought in to conceptualise phase one. He was previously involved in the planning of the legislative precinct of Putrajaya some two decades ago.

Chan says Boston Design Group was set up specially to make the first phase of MVV, about the size of Boston, a reality.

Phase one will have a total of six clusters, which will form the “heart beat” of MVV.

MVV will be an extension of Greater Kuala Lumpur and will have a population of two million.

The plan, he says, is to open up new areas, a sort of decentralisation of Greater KL.

As for phase two and how many phases there would be in total, he quips, “This will be beyond my lifetime.”

Chan says there are various factors that will make MVV appealing to foreign investors.

It will be government-enabled but private sector-driven, which is unlike other economic corridors here.

Nehru: ‘The success lies in the implementation.’

Secondly, in order for it to be developed, the slate will not be wiped clean. That is, it will not begin with cutting down forests and slicing mountains.

“Instead, it will preserve and integrate the new with the old,” he says.

This factor will appeal to the global big names, whether they be in the industrial, healthcare, education or tourism sectors, he adds.

London’s attraction, he says, is a blend of the old and the new. The same approach was undertaken in other European cities.

“Harvard Square, where I used to have my office, took 350 years to be what it is today. Time and charm work together to bring about what we have there today,” notes Chan, who has also taught or served as a guest critic at institutions like the Harvard Graduate School of Design, Massachusetts Institute of Technnology and the Rhode Island School of Design.

Time and charm built these cities. It was this eclectic mix which gave them a place in time. As an urban planner, he will begin with what is at hand.

Already, much research and visits have been done at the kampung levels in terms of the people’s lifestyle, and on economic and environmental sustainability.

After having analysed the distribution of development aspiration of Negri Sembilan’s six “heart beat projects”, he recommends the six core areas to be sited in about 28,000 acres. These six nodes comprise high-tech industrial clusters, an integrated transport district, a knowledge-education parcel, a biopolis/wellness development, a sports and recreation parcel and a tourism-cum-nature development of more than 500 acres.

The high-speed rail (HSR) station at Labu will provide connectivity.

Expected to span 30 years, these six core areas will attract some RM290bil of investments and create 1.39 million new jobs.

Encapsulating Negri Sembilan and the federal government’s vision, Chan says the master plan has its foundation in the aspiration of the 11th Malaysia Plan and the National Physical Plan. Both identify the physical and sustainability for the environment, and more importantly, improving the people’s livelihood.

The goal is a higher quality of life, he says.

Besides presiding over Boston Design Group, Chan is also the co-founder and president of Chan Krieger & Associates, a multi-disciplinary, award-winning practice. Its portfolio of work includes Shanghai’s 50-acre historic Bund Waterfront and the current final design stage of US$1.8bil transformation of the University of Massachusetts Boston campus.

While Chan and his team create the destination and the place, the consortium members leading the charge are Sime Darby Property Bhd

A memorandum of understanding (MoU) to lead the development of MVV was signed on May 4. Encompassing Seremban and Port Dickson in Negri Sembilan, MVV will be one of Malaysia’s most ambitious economic push factors to date. The master planner is Malaysia Vision Valley Holdings, which is jointly owned by Sime Darby Property (50%) and the rest equally split between KWAP and Brunsfield.

The success and development of MVV, says a source, will be based on some of the biggest global names in education, research, healthcare and manufacturing making their home there. The last two years have seen much groundwork and relationship-building between the proponents of the project and the likes of American, Chinese and European multinationals the likes of Equinix, Flex, Mayo Clinic and Tsinghua University from Beijing, China.

“We are taking a multilateral approach for this project,” the source says.

Another source says the Sime Darby group first proposed it to the government in 2009. Of the total 379,000 acres, about 40% will be developed. So, there will be a lot of greenery and open space. According to a report by Public Investment Bank Research, Sime Darby owns about 50,000 acres. The 28,000 acres in the first phase belong to the Sime Darby group, which will be its equity in the deal.

Chan: ‘It will preserve and integrate the new with the old.’

The plan is to carve out portions of this for sale to foreign investors, with phase one being the high-tech industrial park.

The approach for MVV will be based on demand and supply, the official says.

City Valuers managing director P.B. Nehru says its viability hinges on demand. “There is no adequate demand in MVV currently. Being near to the KL International Airport (KLIA) and Kuala Lumpur is not sufficient, and neither will be the future HSR station in Labu. Land is plentiful in this general location. The HSR in my opinion will be more beneficial for Bandar Malaysia,” says Nehru in an email.

Another property consultant who declined to be named says it is hard to form an opinion about MVV just yet due to the size of the project and the lack of concrete information on various fronts.

“There is a need to look at the master plan, the connectivity, sources of financing and so many other factors. May 4, 2017 was just the signing of the MoU. There is a need to go beyond having one cluster and another. The success lies in the implementation,” he says.

He adds that although he is aware of the HSR running through it in the transport district, this is just a stop. “How will this project attract the population to stay, other than those who are already there?” he asks.

As for Sime Darby and Brunsfield, an unlisted company, the two go back a long way, which may explain why they are teaming up together. As for the civil service pension fund KWAP, the low interest rate environment has lured pension funds around the world to enter the property and infrastructure sector to generate yields for members. KWAP today has properties in Britain and Australia and owns some of Kuala Lumpur’s more prestigious office buildings.

It obviously sees teaming up with Sime Darby for this huge long-term development as the way to go, he says.

He concludes by saying that “they will need to bring in a lot of foreign direct investment”.

The feedback thus far may not be encouraging, but proponents seem eager to move ahead. Research by both Public Investment Bank Research and CIMB Research indicate that the development will help to unlock the value of Sime Darby’s landbank in Negri Sembilan.

“To improve the infrastructure, there are plans to upgrade roads from KLIA to Telok Kemang (in Negri Sembilan) at a cost of RM260mil, road construction from Nilai to Bandar Enstek (RM200mil) and an alternative route from Seremban’s new toll plaza to the Seremban Middle Ring Road (RM90mil). The completion of the HSR by 2026 will boost Negri Sembilan,” the report by Public Investment Bank Research says.

Until more details emerge about MVV, it isn’t easy to determine how viable and successful this new corridor would be. But it does have a number of ingredients that should lead it to some level of success in an area of the country that is deserving of some level of rejuvenation.

How the economic corridors are faring 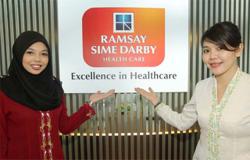 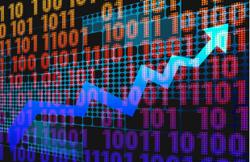 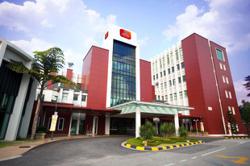