Some 80% of the business space at the low cost carrier terminal (LCCT), KLIA2, has to date been taken up.

Klia2 with a capacity to handle a total of 45 million passengers per annum (mppa) had been supporting the traffic growth of low-cost carriers steadily over the last three years, Malaysia Airports Holdings Bhd

(MAHB) said in a statement on Tuesday.

It said after its first year of operation in April 2015, Klia2 recorded a total of 24 million passenger traffic movements. This growth escalated higher in 2016, which registered a 15 per cent increase to its total number of passenger movements at 27.6 million from the previous year.

The first quarter of 2017 had also shown strong passenger traffic numbers, with a total of 7.1 million passengers handled, with international and domestic passenger movements at approximately 4.8 million and 2.3 million, respectively.

Klia2 had also undergone a few improvement initiatives over the last three years including the installation of additional 25 walkalators, bringing the total number to 42 units, as well as 24-hour buggy service for greater convenience of the passengers, it added. - Bernama 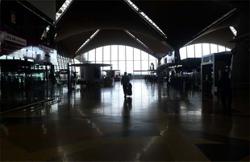 MAHB passenger movement down 59% in March