Get rich or poor schemes

High return: JJPTR offers a product, essentially a forex scheme, that promises a minimum return of 20 per month.

IN A coffee shop in Brickfields, Kuala Lumpur, Kevin Lim sits down with a few moneylenders. He wants RM5mil.

In exchange, Lim, a 45-year-old contractor, is prepared to give a five-storey building as collateral to the lenders.

The interest rate that the moneylenders are charging Lim is 5% per annum. However, Lim is confident of paying back the whole sum within six months.

His optimism stems from a scheme that promises returns of up to 20% per month.

Lim plans to plough the RM5mil into the scheme, which has an office in Brickfields and is supposedly headquartered in the United States.

“I’m very confident of returning the money within the stipulated time frame,” he tells StarBizWeek.

Lim, whose family is in the construction business, is one of the many Malaysians who have been enticed by easy-money schemes.

While it is unclear whether Lim stands to profit as intended from the scheme he has invested in, such schemes usually turn out to be scams, and people such as Lim tend to lose their properties.

Unfortunately, dodgy, too-good-to-be-true investment schemes are all the rage again in Malaysia.

Propelled by mobile and Internet technologies, these cleverly designed products – ranging from investments in foreign exchange (forex) to gold, palm oil and pyramid selling – continue to lure investors with promises of very lucrative returns for very little or no risk over a very short period of time.

Although the dangers and features of such schemes have been well-articulated in the media over the years, with multi-billion-ringgit losses being reported, many ordinary Malaysians still fall victim to the various financial scams promoted by dubious companies and individuals.

As it is, billions of ringgit stand to be wiped out from the pockets of ordinary Malaysians once again if and when these existing schemes go bust. This will have an implication on the economy in some way.

According to some estimates, there are as many as 400 active dubious schemes currently being marketed in Malaysia. Some of these schemes are even being promoted abroad in countries like China.

While many of these products have already been identified by Bank Negara and the Securities Commission (SC) under their list of “unauthorised and unapproved” companies, some dubious schemes remain largely undetected and have yet to make it to those public-alert lists.

Interestingly, there is a belief that monies collected from some of these illegal financial schemes have seeped into the local stock market, pumping up the value of some small-cap counters.

Too little, too late

As at Feb 24, there were 288 entities and individuals listed as unauthorised and unapproved on Bank Negara’s Financial Consumer Alert list.

The SC’s latest list of unauthorised schemes, companies and individuals, on the other hand, contains about 194 names, some of which overlap the list issued by the central bank.

These data are easily accessible on the websites of the respective authorities.

But while these data are crucial information, they cannot serve as an all-encompassing guide, especially with regard to new schemes.

As one fund manager puts it, investors cannot depend entirely on such lists to make their investment decisions, as some new schemes may have yet to be named and identified as illegal.

“Investors still have to exercise their discretion based on common sense and sound judgement,” he says.

Take the case of JJPTR, the acronym for Jie Jiu Pu Tong Ren in Chinese, which means saving the common people in English.

The Penang-based operator and its associate companies, JJ Poor to Rich and JJ Global Network, were only named on Bank Negara’s financial consumer alert list in February this year even though the group has been in operation for more than two years.

The product offered by JJPTR is essentially a forex scheme that promises investors a minimum return of 20% per month. No wonder so many people in Malaysia and from overseas such as China, Canada and the United States were attracted to the JJPTR scheme when it made its debut more than two years ago.

But now, JJPTR investors stand to lose RM500mil, according to media reports, as the operator could be running into trouble following claims that its accounts have been hacked.

The losses from the hacking job could be more, as JJPTR founder Johnson Lee has put the amount at US$400mil (RM1.75bil) in a widely-circulated video recording.

Lee claims JJPTR will come up with a “very good” new plan by May 1 to help its clients.

So, until then, JJPTR investors can only remain anxious as to the future of their money deposited with the scheme.

Such is the case of Alex (not his real name), one of the investors in JJPTR.

While he knew of the risks involved in investing in unauthorised financial schemes, it did not deter him from putting money into the scheme about two years ago, as he was more interested in the promise of high returns in a short period of time.

“Greed is what motivates me,” confesses the 40-something Sarawakian business owner.

“The desire to make ‘fast money’ drives me, as well as most others, I suppose, to put money in the scheme... we want to use money to make more money – and quickly,” he tells StarBizWeek.

Although Alex did make some good profits from his initial investments in the scheme and from commissions for introducing others to the scheme, he now has about RM35,000 stuck in it.

“I’m not sure whether I’ll ever be able to get back any of it, now that the scheme has more or less imploded due to what the founder claims to be a result of a hacking job,” he says.

As long as greed exists, investment scams will always be around, as many will still be falling for the false claim of high returns in a short period of time despite the many warning signs.

According to licensed financial adviser and syariah financial advisory for Excellentte Consultancy Jeremy Tan, rational thought will elude those who fall prey to investment scams, as the desire to make “fast money” drives them.

“People still fall for investment scams because they desire high returns within a minimum period of time. Most of the time, they are ignorant of the investment vehicle in which they are participating, as many of them invest based merely on a friend’s advice,” Tan says.

“Some succumb to the herd mentality out of fear of losing out – their thought is, if someone has made money the easy way, they also want to have a piece of it,” he explains.

As a general rule, any investment scheme claiming to offer more than 16% of returns per year should raise the red flag.

Some put the number at a more conservative level.

“A return of 10% is considered very high. If the dividend promised is more than usual, then it is likely to be a trap and scam,” Liow, who is also the Transport Minister, says.

“Don’t fall into such traps and don’t be greedy, or you will regret it later,” he adds.

Liow points out that Bank Negara has clear guidelines, which state that illegal schemes tend to run against the usual business models and employ illogical methods to make money.

According to Tan, it is imperative for investors to verify the authenticity of the providers of investment products and services against the alert list as provided by regulators such as Bank Negara or the SC to avoid falling prey to scams.

The wealth planner argues that there is no legitimate and regulated investment vehicle in the market that can provide investors with a quick return.

“Even if there were, the initial cost of the investment, including the fees levied, will reduce the return,” Tan says.

In any case, Tan says investors need to understand the business model of the investment vehicle in which they are participating.

In legitimate investment schemes, Tan notes, returns are adjusted based on the risks that investors are willing to take over a period of time, usually three to five years, to arrive at the desired profit.

The modus operandi of investment scams are almost always similar.

At the initial stage, the operators will usually provide investors with tangible high returns to give them a false sense of security. This will convince them to increase their investments in the hopes of higher returns as well as introducing others to the scheme.

Eventually, however, these investors will end up losing everything when the illegal operators suddenly go missing.

According to a banking lawyer, Malaysians need to be aware that in the case of operators that are based overseas, such as those offering forex trading schemes, there is little local authorities such as Bank Negara can do if they are found to be fraudulent.

“This is because the central bank cannot regulate offshore companies. Bank Negara can only regulate or recognise financial institutions such as banks and finance firms that are based here,” the lawyer explains.

So, when it comes to get-rich-quick schemes that promise untenable returns, taking preventive measures is always necessary, she advises.

To protect oneself, Bank Negara has advised consumers to deal only with authorised investment schemes and to check with the relevant authorities before investing.

The central bank has in particular warned of investments over the Internet, further advising consumers to be sceptical of any opportunity that is not in writing and seems too good to be true.

At the end of the day, sometimes, all that is required is really common sense. As the adage goes, if any scheme sounds too good to be true, then it is most likely a scam. 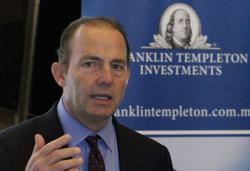