Unemployment among graduates needs to be sorted out fast

By The Alternative View . . . M. Shanmugam 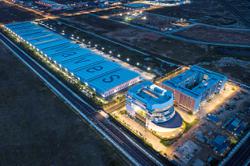 PROBABLY, for the first time, there are some clear statistics on the state of unemployment among youths in Malaysia, especially graduates.

Bank Negara’s latest annual report has devoted a section to the unemployment among youths, touching on Malaysia’s position compared to other countries, and what the possible long-term implications are and measures that need to be taken.

The bright side of the survey is that Malaysia is not alone in facing the problem of unemployed youths. Other countries in the region are also facing the same predicament, where a large number of youths – those between the ages of 15 and 24 – are unemployed.

Thailand and Singapore have a higher ratio of youth unemployment compared to their national averages at 4.4 times and 3.9 times, respectively.

The annual report cited a study by the Ministry of Education that stated that only 53% of the 273,373 graduates in 2015 were employed within six months of graduating. Another 18% opted to pursue their studies, while 24% were unemployed.

In terms of salaries, 54% of graduates who were employed earned less than RM2,000 a month.

Put in a nutshell, only half of those who graduate are able to secure a job, while a quarter are jobless six months after getting their scrolls. And of the graduates who have secured a job, about half are earning less than RM2,000.

There were several reasons cited for the lack of employability of local graduates.

Topping the list is a mismatch between the training provided at universities and skill sets required by the employers. The employers contended that the current university curriculum does not reflect the current skill requirements.

Employers also cited the graduates’ lack of communication skills as another major setback.

However, the study also showed that the private sector was reluctant to work with universities to provide the relevant industrial training required to increase the employability of graduates. The private sector tends not to have a structured internship programme that exposed graduates to be prepared for the realities of working life.

Less than 10% of companies developed curriculum programmes with universities.

The annual report also came up with five broad areas that the Government should look into to improve the employability of graduates. If left unattended to, this problem would lead to socio-economic issues that would impact national finances eventually.

For one, the “underground economy” would tend to grow with the growing unemployment among the youth, especially graduates. For instance, we will have more people going into industries that are known as “disrupters”, where technology is used to bring to the public goods and services at a competitive price, which is not a bad thing.

However, over the longer term, it would impact Government finances. An example is how many of the Uber and GrabTaxi drivers are not paying taxes. Even developed countries are grappling with how to tax these tech companies. What more for a country like Malaysia.

A bigger problem is that it would lead to a brain drain. The best would eventually find employment outside the country.

Malaysia has to move up the value chain in its production processes. The low-wage environment has to stop.

And one of the first things that the policy makers have to do is reduce the dependency on foreign workers.

To encourage companies to employ locals, the Government can come up with a scheme where companies will get incentives if they hire locals and tax them heavily if they get foreigners to do the job. This practice is followed in other countries.

Some companies such as Westports Holdings Bhd

do not hire any foreigners. Why can’t other companies follow the same?

Is it because the environment allows for the easy hiring of foreign workers at a cheaper cost?

The youth unemployment, especially among graduates, has to be addressed quickly and decisively. 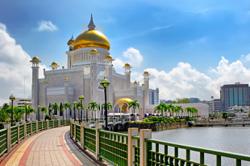