KUALA LUMPUR: RAM Ratings has reaffirmed the Malaysian banking sector’s stable outlook as the sector wrapped up a difficult 2016 in good shape.

Financial institution ratings co-head Wong Yin Ching said the economy was poised for a delicate recovery this year with RAM’s gross domestic product forecast at 4.5% this year versus 4.2% in 2016.

“We do not foresee a broad-based improvement in economic sentiment. Accordingly, the banking systems loan growth is likely to remain flat at 5%-6% this year,” he said.

Wong said notably, the systems asset-quality indicators have held up well with its gross impaired loan (GIL) ratio remaining at a historical low of 1.6% as at end-January 2017.

This was despite pressures on certain sectors such as those related to automotives, oil and gas, steel and property development especially smaller, cash-strapped players, he said.

However, the GIL ratio could increase to 1.8% if such pressure persists whereby there is little evidence of widespread fragility, said Wong.

Based on its analysis of over 700 listed non-financial companies, RAM said the overall debt-servicing ability of Malaysian corporates had remained healthy despite declining profitability.

It added that the credit quality of household loans was expected to remain strong, supported by a benign economic environment and banks generally prudent underwriting standards for this sector.

Meanwhile, RAM co-head of financial institution ratings Sophia Lee said signs of weakness had surfaced for unsecured consumer loans, amid the elevated level of retrenchments and spiralling cost of living.

“But, we do not expect further deterioration to be significant, taking into consideration the current accommodative interest rates and contained unemployment conditions.”

She said amid weaker corporate earnings, competition from non-bank deposit-taking institutions and capital outflows, the banking systems adjusted loans-to-deposits ratio had tightened to 87.2% as at end-January this year.

“Competition for deposits is likely to stay keen as the funding environment remains highly sensitive to shifts in global sentiment. Banks are emphasising stronger liquidity buffers in the uncertain economic landscape,” she said, adding that banks earnings were envisaged to remain pressured this year. 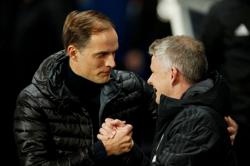