KUALA LUMPUR: Deliberate efforts taken by the government under its Economic Transformation Programme (ETP) have reduced reliance on petroleum-related income to 14% today from up to 41% in 2009, says Prime Minister Datuk Seri Najib Tun Razak.

“Had we not made the transformation that we risked, we would have been suffering today from great difficulties because of the sharp and sudden decline in oil prices which would have affected the government’s revenues that depend on it to a large extent,” he said.

He was asked about the recipe for success in achieving Malaysia’s experience as some countries have been describing Malaysia as a successful example of good governance and development.

“We should assess what we have accomplished so far,” said Najib, who took office in 2009.

He pointed out that one of the challenges Malaysia faced was that it fell into the trap of the so-called middle-income countries.

“So, we needed a new economic model to get us out of this trap and enable us to become a country with high income, a fully developed country with a developed economy,” he explained.

Najib had then presented the country with the National Transformation Plan that included the ETP and Government Tranformation Plan, as he refused to accept the state of inertia and the monotony of business.

“We needed to show a lot of courage and dare because one who wants to make changes within a nation must be prepared to bring the transformations and this is exactly what we have done.

“We comprehended the economic structure requirements and chose the method of work. And we started applying the full plan. The plan has achieved the results that we see today,” he said.

In addition, Najib said, the government decided to impose taxes on goods and services, namely GST, as well as rationalising government support.

“These were necessary measures that were not very popular and were faced with a lot of criticisms, but we stood our ground.

“Today we see the results of the measures that we have undertaken a few years ago,” he said.

The ETP initiative introduced by Najib is managed by the Performance Management and Delivery Unit (Pemandu) established since 2009.

Najib said Pemandu is a hybrid unit that combines the private and public sectors with a mission to ensure the implementation of the transition plan that was launched.

“The members of this unit have visited some Gulf Cooperation Council and African countries and we transferred our experience to them,” he said. - Bernama 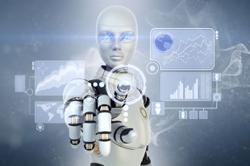