The major groups which recorded highest increases in indices were transport at 8.3% and food and non-alcoholic beverages at 4%, followed by recreation services and culture at 3.2%, according to a report by the Statistics Department.

The CPI is an index which measures the variation in prices paid by consumers for retail goods.

Food and non-alcoholic beverages increase in index was reflected in most states in Malaysia, particularly highly urbanised states such as Kuala Lumpur, Selangor, Putrajaya, Penang, Johor and Malacca.

Furthermore, core inflation rose 2.3% in January 2017 from a year ago due to a 3.3% increase in transport and also a 3.3% rise in food and non-alcoholic beverages. 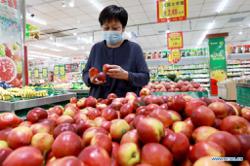