KUCHING: Lebuhraya Borneo Utara Sdn Bhd (LBU) has awarded all the 11 work packages under phase one of the Pan Borneo Highway project on Sarawak’s side for a total sum of RM16.49bil.

According to LBU, 11 listed companies from Sarawak and Peninsular Malaysia were among 20 firms that secured construction work contracts for this single biggest and most ambitious infrastructure project for both Sarawak and Sabah.

These listed entities together with their joint venture (JV) partners bagged seven work packages worth RM10.02bil. Four other privately-owned companies clinched the remaining four packages and share construction contracts valued at about RM6.47bil.

Samling Resources Sdn Bhd, which is a member of the Miri-based conglomerate Samling group of companies founded by tycoon Tan Sri Yaw Teck Seng, is the only firm that won two work packages.

Samling group, which has diverse interest in forest resource management, oil palm plantation,property development and automotive businesses in several countries, was much in the news several years ago when it took private two listed entities on Bursa Malaysia – Glenealy Plantation (Malaya) Bhd and Lingui Developments Bhd between October 2012 and February 2013.

One of Samling Resources’ two packages is Sematan to Sungai Moyan bridge + Kuching-Serian roundabout interchanges covering 95.4km, the longest of the 11 stretches of the highway project. This package involves the construction of six interchanges, 22 bridges, nine pedestrian bridges and 93 bus shelters along that stretch of road.

The second work package is Telok Melano to Sematan (32.77km) in southern Sarawak which was among three packages which were launched earlier.

Konsortium KPE Sdn Bhd, a joint venture between KACC Sdn Bhd and Perbena Emas Sdn Bhd, is the third non-public listed entity that was awarded a work package, according to LBU list of awards obtained by StarBiz. The consortium was appointed the main contractor for Sungai Tangap to Pujut Link Road (79.98km) in Miri Division .

It has not been publicly revealed the respective contract value of the packages secured by Samling Resources, PPK and Konsortium KPE.

The 11 packages will cover a total length of 746km from Telok Melano in southern Sarawak to Miri in the north. To be built are some 114 bridges, 57 pedestrian bridges, 17 interchanges and 595 bus shelters as well as other facilities.

The 11 main contractors have appointed 36 local sub-contractors to undertake the construction works. According to LBU, the highway project delivery partner, its target is to achieve a minimium of 30% bumiputra participation in the project.

With their participation, LBU hopes to raise the standard of Sarawak bumiputra contractors via exposure to a diverse range of road and civil works and the use of the latest tools and technology.

Yesterday Prime Minister Datuk Seri Najib Tun Razak launched the remaining eight work packages in Miri. During the ceremony, he also witnessed the signing of the work packages’ contracts by the main contractors and the handing over of documents and award letters of intent.

Site clearing and earthworks of all the work packages are currently in progress. Also being carried out by the relevant authorities is the acquisition of private land and compensation to landowners affected by the highway project. The entire project is scheduled for full completion by 2022.

Phase two of the project will cover Limbang Division in the northern tip of Sarawak which borders Sabah. According to media reports, road construction under phase two is expected to cover 102km from Sabah to Sungai Tujoh in Miri Division which borders Brunei.

Late last month, chief secretary to the government Tan Sri Ali Hamsa and his delegation was in the northern region to identify the most viable point along the proposed 102km section for a new customs, immigration and quarantine (CIQ) complex. They also visited the Sungai Tujoh CIQ complex. 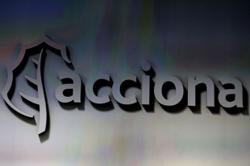