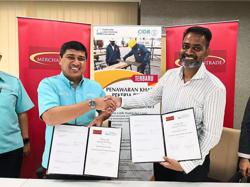 This enables the bank’s seven million customers to experience faster, easier and more secure payments at over 1,800 contactless terminal-enabled merchants nationwide as well as search nearby location-based real-time deals.

“We are proud that CIMB Pay is the first mobile wallet app that enables consumers to not only make cashless payments, but also allows them to take advantage of lifestyle deals.

“Combined with the ability to store cards issued by both Mastercard and Visa, CIMB Pay is the leader among similar apps,” Gupta said in a statement, adding the initiative also supports Bank Negara’s move to go cashless.

On the app’s security features, Gupta noted that security and privacy are at the core of CIMB Pay and that all card details were tokenised with no information stored on the devices.

“Users will also be required to authenticate transactions either using the mobile fingerprint or a six digit PIN,” he added.

In the meantime, Gupta said more functionalities will be added onto CIMB Pay in the first quarter of 2017, including simplified online payment and express checkout solutions powered by Mastercard’s Masterpass.

With Masterpass, shoppers will be able to use their CIMB Mastercard debit or credit card along with the shipping information saved on the mobile app to complete online transactions.

Customers can make payments by simply tapping their phone on any contactless terminal based on Near Field Communication technology.

The app also has an in-built notification system that alerts customers on nearby contactless terminals and flash deals.

CIMB Pay can be downloaded on Google Play for NFC-enabled smartphones running on Android 4.4 and above. 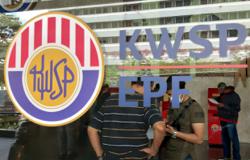