SHAH ALAM: Some parts of the much awaited West Coast Expressway (WCE) are expected to be open earlier than scheduled and the whole highway is on track for full completion in three years.

“We think that we can open the sectional tolling parts earlier than schedule but it may also depend on the situation. Maybe three to four packages will be opened first,” WCE Holdings Bhd

The highway is the first in a new generation of future highways that will be built according to new concession terms that have been revised by the Government unlike its predecessors.

“This highway has a profit-sharing element involved. After the highway reaches a targeted internal rate of return, whatever extra will be shared with the Government,” Neoh said.

West Coast Expressway Sdn Bhd (80% owned by WCEH) is the concessionaire holder of the WCE.

is the single largest shareholder of public-listed WCEH with a 26.18% stake.

IJM has a strong track record after having built other intra-city highways such as the Besraya Highway, Lebuhraya Kajang-Seremban (Lekas) and the New Pantai Expressway (NPE) which are considerably shorter than the WCE.

“We think our experience in building highways in India has also helped in our journey to where we are today,” Neoh says.

Neoh has more than 20 years’ experience in highway concession and operations; and has overseen the construction of the three highways under IJM – the Besraya, Lekas and the NPE.

IJM has also built a number of longer spanning highways and state roads in India.

“The WCE’s alignment was mooted back in 1995 and costs then when it was first mooted was at RM3bil. When we took over, we reinvented the whole highway and the costs were revised to RM5.9bil with construction costs alone at RM5.04bil,” Neoh said.

It is today being built by its engineering, procurement and construction contractor through a 70:30 joint venture between IJM Corp Bhd and WCEH respectively.

“We are quite confident of traffic demand for the WCE. The idea is to connect the coastal towns in the West Coast of Peninsular Malaysia. While we run roughly parallel to the North South Expressway (NSE), the distance apart between the NSE and the WCE is more than 20 km,” Neoh said.

Once completed in 2019, the WCE will connect the main coastal towns including Klang, Kuala Selangor, Teluk Intan, Setiawan, Manjung and Hutan Melintang, among others, which are only now connected with a trunk road.

The highway will span some 233 km with 21 interchanges of which 10 are in Selangor and 11 in Perak.

Noting that there were differentiating factors with the NSE, Neoh said he did not expect much of a migration from the NSE to the WCE as they serve different geographical markets.

“People, especially in the coastal towns, have been waiting for this alignment. This highway serves a different corridor. As we are not competing with the NSE, we do not expect a very high migration rate given the distance the highways are apart,” he says.

“There is a commercial push for this highway too, as it connects the main ports on the west coast – the Penang Port, Lumut Port, Westports and Port Klang. Since the highway runs through a flat terrain without having to go through mountainous areas, vehicle operating costs are much cheaper,” Neoh added.

He said this would make a considerable difference for heavy commercial vehicles as there would be certain sections of the highway, about 82 km, that runs along the trunk road that will be in effect toll free.

“We think most of the heavy vehicles from Penang Port coming down after Changkat Jering will probably ply through the WCE. We are banking on this commercial traffic,” Neoh added.

He also noted that the designers of the WCE had tried to cover every major town along the route with interchanges.

“Usage by these towns will also help drive traffic flow through this highway,” Neoh said.

WCEH said it might need to conduct a fund raising next year for its 80% equity portion.

“This will only come next year and as the amount is little, there’s no point for us to hold so much cash now. Of the entire equity of RM1.2bil, we have raised about RM400mil now,” Neoh said.

Due to accounting standards, WCEH’s chief financial officer Lyndon Alfred Felix said the company would realise up to 2% of the project cost of RM5.04bil as its profit over the highway’s five-year construction.

“About RM50mil will be realised as profit over five years or RM10mil every year. Once we start sectional tolling, we would have to amortise this amount,” Lyndon said. 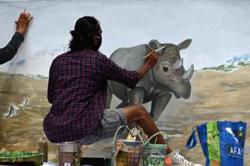 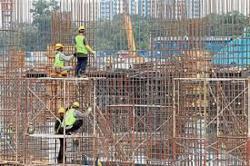